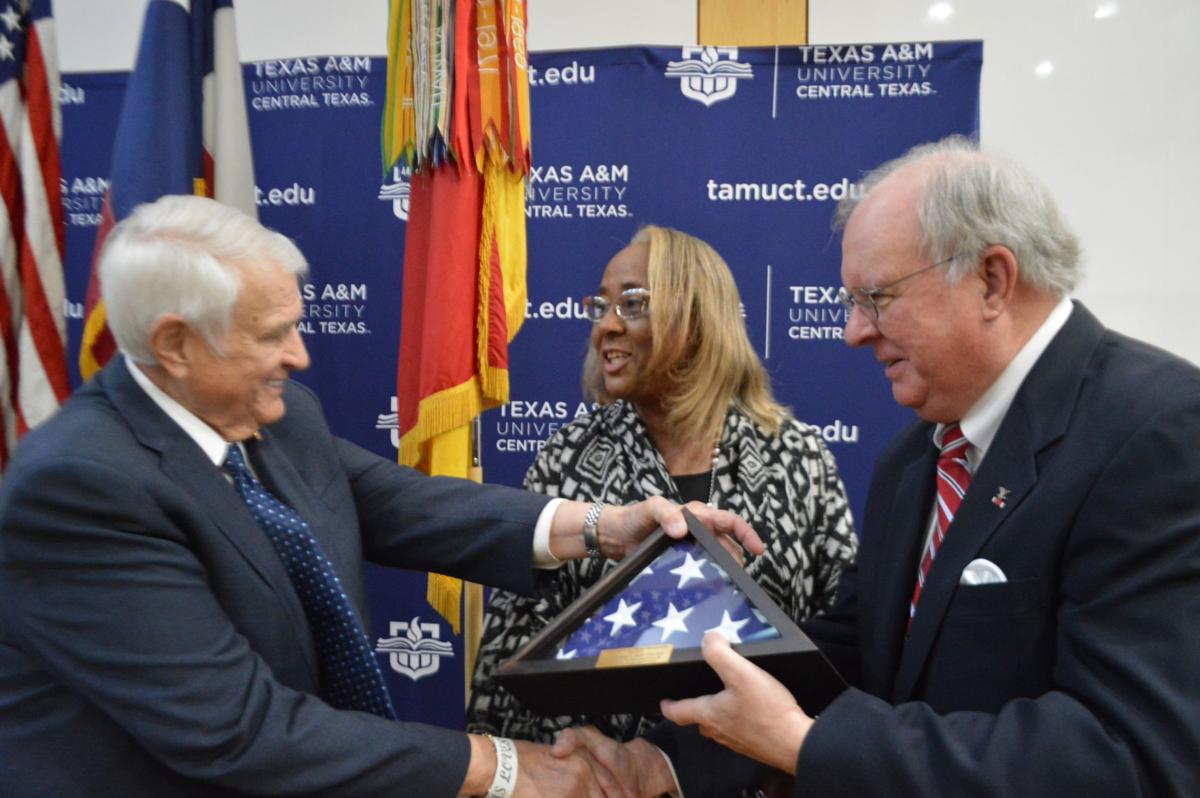 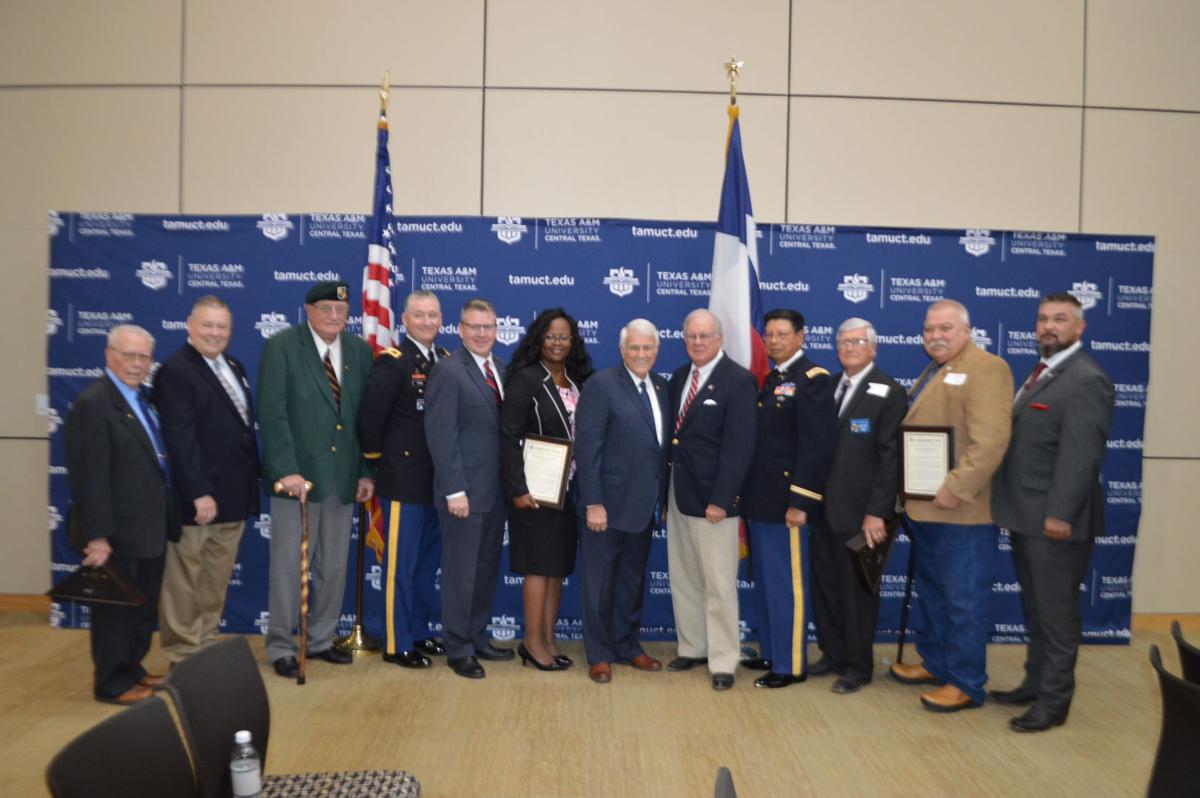 Eleven area veterans were honored Saturday for their service to the Central Texas community and the country.

Among the 11 recipients were Walter Brown, a retired Army specialist 5 from the Army and current owner of Big Hoss B-B-Q in Killeen, and retired Col. Hugh Shine, R-Temple, state representative of Texas’ 55th district.

“What me and my family do ... we don’t do it for any recognition,” Brown said.

Remaining humble about the award, Brown said it was a great honor to get it from a congressman. Rep. John Carter, R-Round Rock, started the event five years ago.

“It’s like my son Kelly always says, ‘If our wallet was as big as our heart, we could do a lot more,’” Brown said.

The ceremony took place in Warrior Hall on the campus of Texas A&M University-Central Texas with about 150 people attending. It was the fifth annual ceremony.

“This has grown from an idea to a spectacular program,” Carter said.

Carter said the idea came about after a trip to Fort Hood a few years ago. Seeing the leadership of Fort Hood soldiers made him think of the veterans who were leaders in their communities — serving on city councils, serving on church boards or serving in the community.

“I love to do this, because we are able to honor not only the service of the warrior that we’re honoring, but the fact that as they came home, they took the skills that they learned ... and they applied them to their community and made the community better,” Carter said.

“Today, we recognize such noble warriors for their sacrifices, both in military and afterwards as civilians,” Efflandt said. “I spent yesterday reviewing the awardees’ files, and I can honestly say I’m overwhelmed.”

Killeen Councilwoman Debbie Nash-King was the master of ceremonies for the event and introduced all of the guest speakers. As a board member for the Congressional Veterans Commendation board, she also read one of the citations about retired Lt. Col. William Simmons of Round Rock.

“At every step along the way, he (Williams) used his innate leadership skills to both serve and protect our nation,” Nash-King read from the citation.

As they were being honored, every awardee received the citation and a folded American flag in a display case.

The 11 veterans honored are: