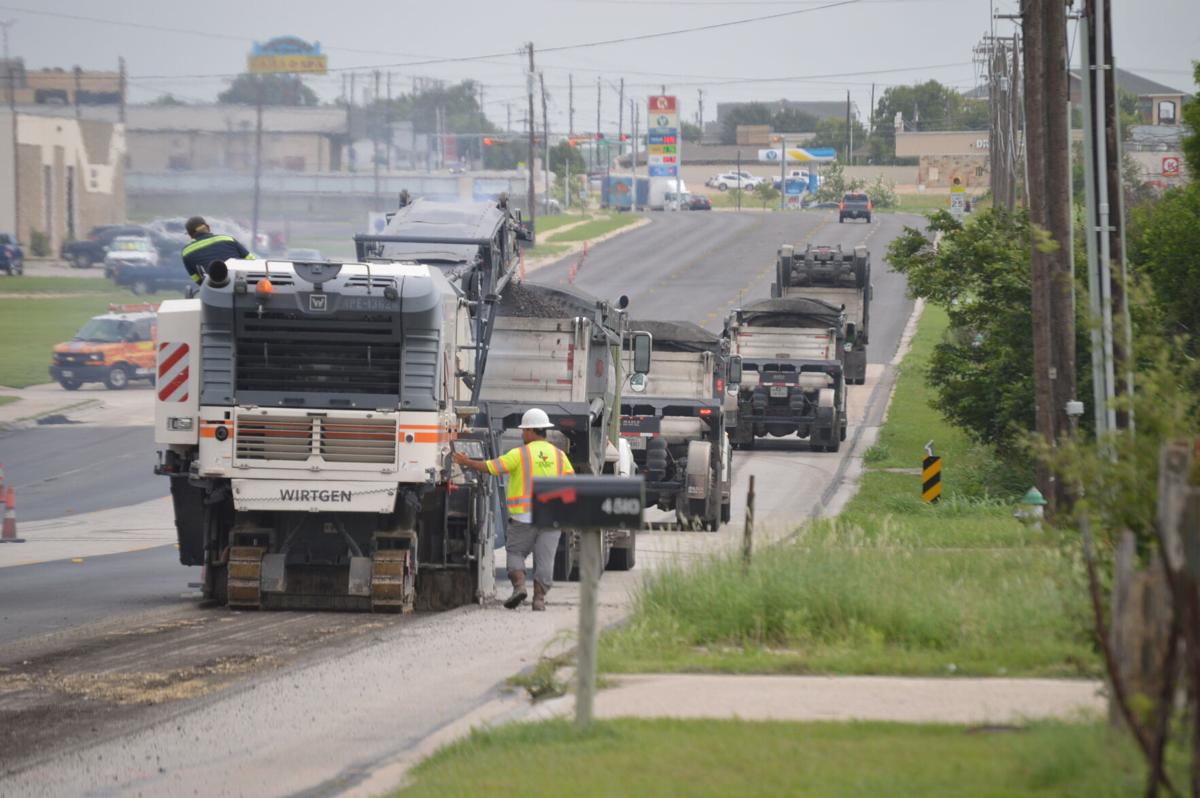 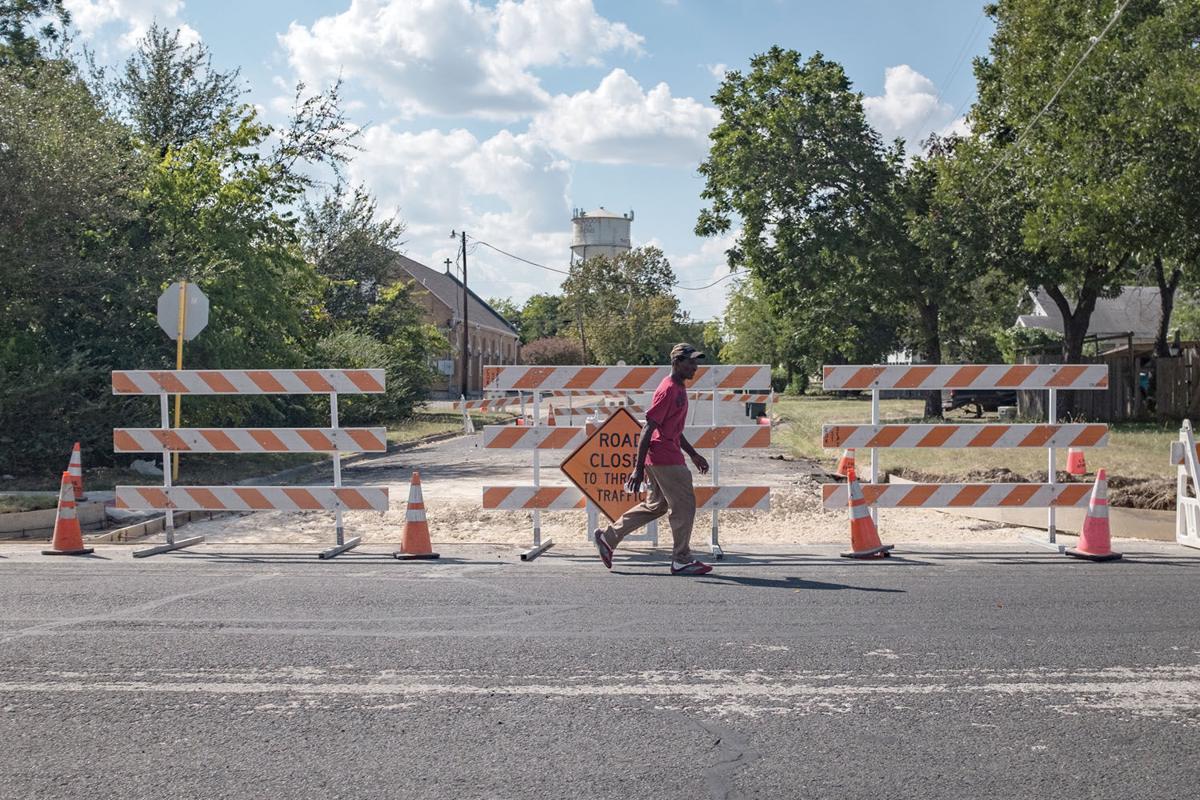 A man walks by road construction at the intersection of Gray and Garrison streets in Killeen on Thursday, Sept. 21, 2017.

A man walks by road construction at the intersection of Gray and Garrison streets in Killeen on Thursday, Sept. 21, 2017.

Killeen residents’ water bills could spike by $8.30 per month if the Killeen City Council gives final approval on a street maintenance fee increase that is a part of the monthly water bill.

During a workshop meeting last week, City Council returned to the tenuous issue of street maintenance fees, and during a meeting that left several members of City Council visibly enervated, a motion of direction was made to increase the fee from $1.70 to $10 a month per single family household.

What started in July as a possible 333% increase that raised the $1.70 fee to $7, the City Council has discussed several alternatives to raise funds for street repair and reconstruction. Some members of the City Council, such as Councilwoman Mellisa Brown, have supported an increase to $5, with a $60 million tax-supported bond. Such a proposal would increase the street maintenance fee to $5 a month per single family equivalent, and would also require an increase of Killeen’s proposed tax rate of 70.56 cents per $100 valuation to support the bond.

The adoption of a bond would enable to city to get what Councilman Rick Williams described as a “head start” on street repairs. A portion of the increased street maintenance fee is used to pay off the bond debt service.

According to Locke, Bryan has a single family fee of $14, College Station has a fee of $8.20, and Corpus Christi has a fee of $5.38. The adoption of a $10 street maintenance fee would place Killeen as the second highest among those comparable cities.

Mayor Jose Segarra, along with Councilmen Ken Wilkerson and Rick Williams, have so far supported aggressive street reconstruction efforts, going above and beyond the $4.3 million threshold, and going so far as to advocate for an increase of $8.30, for a total street maintenance fee of $10 a month per household. This equates to about a 488% increase over the current $1.70. This fee would also come with a $24 million bond, supported by the street maintenance fee. And while Brown has objected to the introduction of debt-service to a fund that she has argued is solely for the purposes of paying for street repair, Brown appeared to be alone in her opinion.

The council, in a 5-2 vote last Tuesday, made a motion of direction for City Manager Kent Cagle to adjust the street maintenance fee to $10 for the proposed FY 2022 budget, along with the 24 million bond. Brown and Nina Cobb voted against the motion. The budget is scheduled to be finally approved next month.

“Our streets are in a dire need of being replaced, fixed,” Williams said. “I live in this city, I don’t want my water bill going up, but I also like when I get in my car and go down the road, that I’m not dodging potholes. We have to do something, and we have to do something broad.”

Williams also acknowledged that the fee will impact residents.

“It’s a hard ask, but I would rather ask the citizens now, and put enough money in the coffers to be able to service the streets,” Williams said. “Ever since the winter storm, I’ve been talking to citizens and I’ve been telling them, ‘there’s only one place we can come to to get the money to get this fixed, and that’s you.’”

It is possible that the City Council will return to the issue at Tuesday’s workshop, after its regular business at its weekly meeting, and citizens may comment on the fee at the next workshop during citizens’ comments.

When the city council put first put street fees into place and didn't allow any area resident to speak at the meeting, the council made promises even Councilwoman Nash-King swore on her God in front of a room of people that the street fees were to be used for repairs that is all, and that they would not raise them, and everyone would pay fairly into it.

If you look at who pays the most on the street fees you will see that it was not done fairly and not everyone contributes to it.

City council made promises and refused to let citizens speak at the city council meeting that was held at the building across from city hall when street fees went into place.

Promises were made and the street fees were forced upon the citizens by violating the open meetings acts by not allowing the citizens to speak. There was over 20 people wanting to speak that night, the room was packed and the mayor refused citizens comments.

Citizens had no voice when this went into effect and citizens were treated as subjects. This council is acting the same way, even when one holds out, they are only doing it because they know there is enough votes to pass it, they do it only to gain supporters.

The democrats have ran this city into the ground, the dinos have showed who they actually are.

Raising cost of living during a pandemic is nothing more than sinister, when at the same time they are pushing for mask mandates.

The company who previously repaired a roads just a few years back, did we have a warranty on their work. It seems like they did a substandard job on our city streets. I have made many drives outside of Killeen and have not seen roads in the condition as ours. I do not support raising our water bill soley because someone hired a substandard company prior; or they should have redone our roads for free of charge.