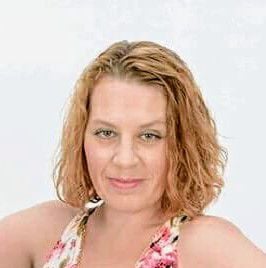 A former Killeen City Council candidate who was arrested during a council meeting in August refused a plea agreement Friday in a Bell County courtroom on a misdemeanor charge stemming from the incident, she said.

Mellisa Brown, who most recently ran for an at-large council seat in May, was arrested and handcuffed following a verbal altercation with Mayor Jose Segarra during a workshop session Aug. 7 in which Segarra did not allow her to address the council.

Brown, who approached the dais at Councilwoman Shirley Fleming’s request to address the council, was denied a chance to speak after another resident was allowed to make remarks earlier in the discussion and was asked to be escorted out after an exchange with the mayor.

During the course of being removed from the building by the sergeant-at-arms, municipal court Judge Mark D. Kimball ordered her arrest, according to video of the incident.

Brown was later charged with interrupting a formal meeting or procession, a Class B misdemeanor, and posted $2,000 bond.

On Friday, Brown said she appeared in Bell County Criminal Court 2 and was offered a plea agreement from the county attorney that would have given her six months of deferred adjudication in exchange for pleading to the charge.

“I don’t feel I should plead guilty or (no contest) for anything, especially when elected officials behave in a worse manner on the (dais) regularly,” she said in a text. “I don’t feel that asking to be able to speak to my elected representatives about something as important as the sewer lines is something deserving of an arrest.”

According to the Texas Penal Code, Class B misdemeanors are punishable up to 180 days in a county jail and a $2,000 fine.

Brown said she has still not been formally arraigned by a county judge on her charge and has not entered any plea into the record. She is set to reappear in court Jan. 16.

After her arrest, the Herald requested Brown’s booking mug from KPD, but police refused, saying KPD does not release booking mugs on misdemeanor arrests.

BELTON — A Killeen City Council candidate who was arrested last year after a verbal confrontation with Killeen’s mayor at a council workshop, …

This is the personal opinion of this writer.
Yes, just what were the circumstances concerning the treatment of persons that go against the wishes of this mayor. From what am led to understand, she did nothing wrong and when the mayor contested her, at the request of council woman Fleming, words, only words, led to being hand cuffed and escorted out of the city council chamber. For this, and I believe rightly so, she has plead not guilty and is awaiting a court date. In my opinion, this court date should not be too far off as she still has the mayor's decree hanging off of her shoulders that could hamper her in any further detailing or city matter.
This has been the personal opinion of this writer and nothing shall be used, in context or without or changed in any way without first notifying, and receiving explicit approval from this writer.
One of the 4.28 % who voted.

I have a question for the Mayor and City Council Members. Will You please state publicly whether Ms. Brown was called or referred to the podium by Councilwoman Flemming for the purpose of stating a ,citizen's view on a given subject being addressed by the Council? If this is factually correct than I have to ask why was Ms. Brown handcuffed, ordered arrested by the Mayor and removed under duress (handcuffed).
When has it become the policy of the City Mayor and Council to deny a Citizen to address the Forum when called upon by a Member of the Forum?