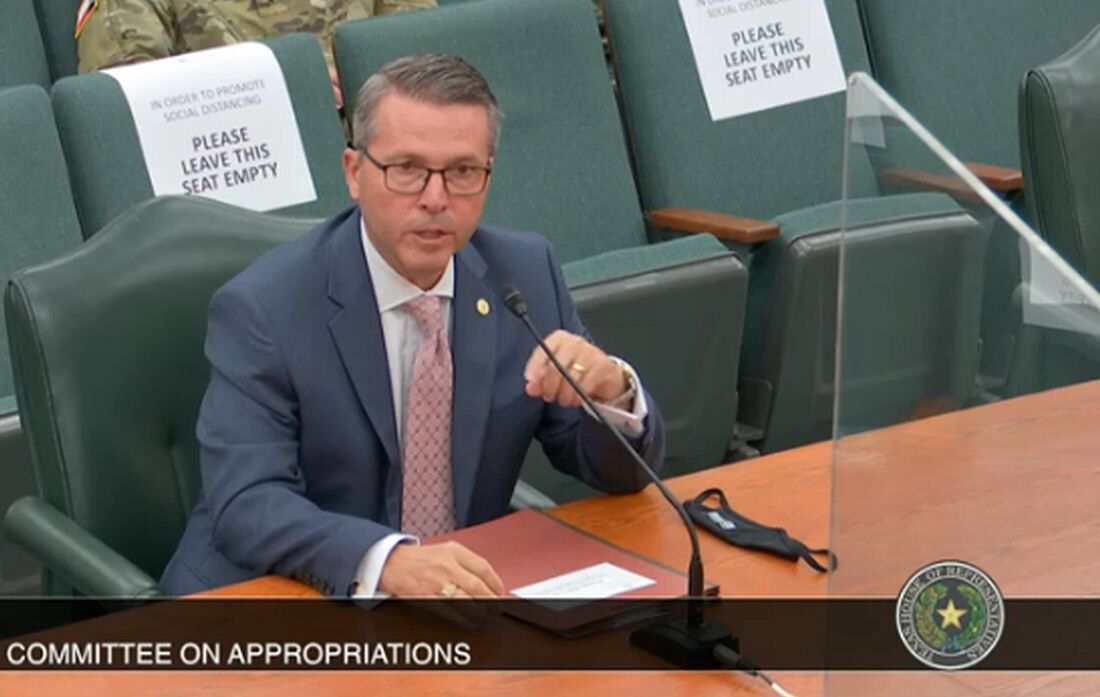 Rep. Brad Buckley, R-Salado, delivers remarks to the Texas House Appropriations Committee about his House Bill 125 that would expand reimbursement eligibility for cities disproportionately impacted by the lost revenue due to the 100% disabled veterans property tax exemption. 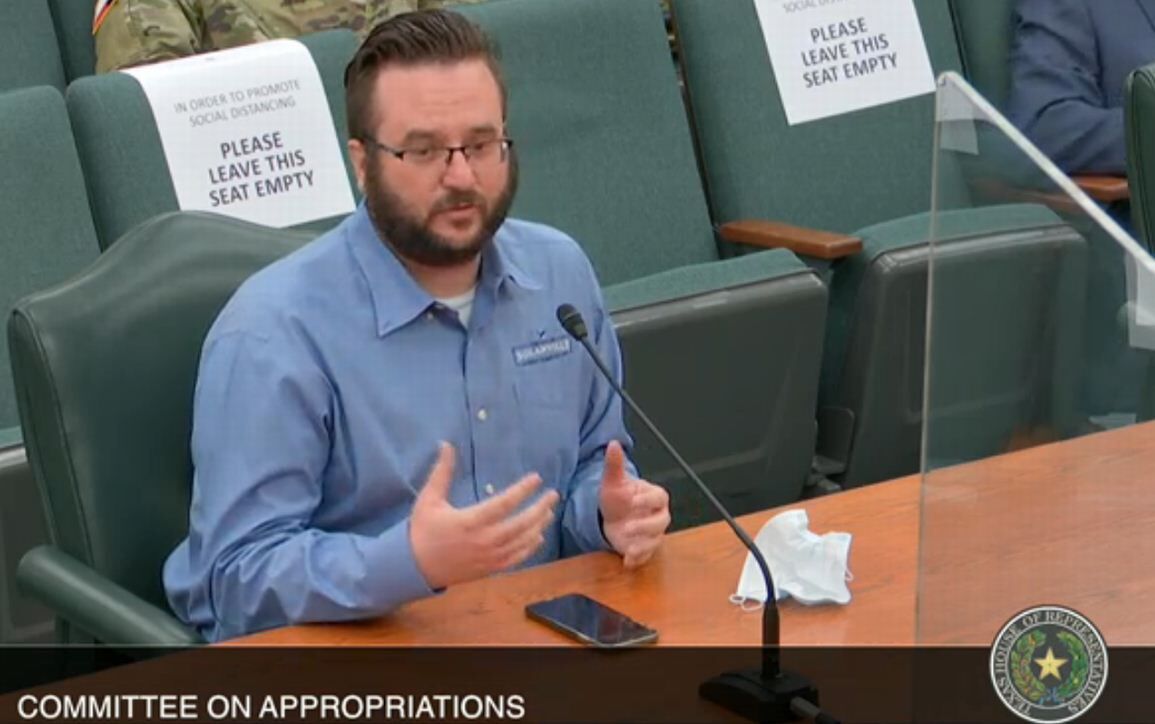 Rep. Brad Buckley, R-Salado, delivers remarks to the Texas House Appropriations Committee about his House Bill 125 that would expand reimbursement eligibility for cities disproportionately impacted by the lost revenue due to the 100% disabled veterans property tax exemption.

The bill would expand eligibility for reimbursement from lost property tax revenue due to the 100% disabled veterans property tax exemption to Harker Heights, Nolanville and other cities within 2 miles of a military base. Currently, Killeen, Copperas Cove and cities directly adjacent qualify for the reimbursed funding.

Though the committee did not vote to move the bill out of committee and on a path back to the House floor, Buckley expressed optimism Wednesday morning.

“They seldom vote on a bill the same day they hear it,” Buckley said.

The second-term lawmaker added that he hopes the committee meets again soon to vote it out, adding that he has heard initial positive feedback from about half of the 27-member committee.

“Our city must forego over 18% of the city’s total property tax revenue this year,” Bark said. “Sustainability of services become difficult and soon, we’re afraid it will be impossible.”

He said that since 2013, the average revenue loss for Harker Heights has been about 31%.

“Our community needs your help,” Bark said. “... This bill recognizes that our city is home to veterans, civilians and active-duty, and the lost revenue from the exemption impacts public safety, quality of life, infrastructure and other city services for the ones that this exemption is for.”

Williams said Nolanville’s population of retirees has grown by 90% in the last decade.

He described Nolanville as a “bedroom community” and noted that since it is right next to Harker Heights and within close proximity to Killeen, many Nolanville residents shop in the larger cities.

“Our income only comes from two sources as you all are aware — sales tax and property taxes,” Williams said. “... While this is a greatly earned benefit that is needed for all of our disabled veterans, we don’t get that property tax to be able to fund the services that are necessary, and we’re losing out on that sales tax just because we’re a smaller community and we don’t have the shopping.”

Killeen’s director of communications Hilary Shine also gave testimony on behalf of Harker Heights and Nolanville, despite Killeen being one of what she called “the lucky ones.”

She told the committee that the city was testifying in support because although the reimbursement does not wholly make up the loss, it helps fill the gap.

Shine said that since a large portion of the population of Fort Hood lives within the city of Killeen, when the city shifts the tax burden to the rest of the residents, it is doing so at the expense of a lot of other active-duty service members, families and veterans that do not qualify for the exemption.

“If you lost $100 in property tax revenue due to the exemption and that $100 is spread out over everybody else, and we say we’re going to reimburse you, how do we know in Legislature that you’re actually passing that benefit on to the rest of the community?” Schaefer asked Shine.

Shine responded by saying to look at the property tax rate of the city.

“Ultimately, it is you are bringing it back to the communities and those communities aren’t having to raise taxes in order to fill those gaps,” Shine said, adding that the roughly $3.5 million in reimbursement to Killeen helped fill about 40% of the gap created by the lost revenue.

Williams, who followed Shine, gave Schaefer an answer even though he was not directly asked.

“Those funds, if they are able to come back and reimburse the community, the community’s going to see that in safer tires for our volunteers who are keeping our community safe,” Williams said.

He added that with calculations provided by the city, Nolanville could be able to hire four additional police officers with the revenue that has been lost.

Buckley said Wednesday that he will continue to work the committee to try to get them to vote it out and back to the House floor.

If it makes it back to the House floor and passes, Buckley said his focus will then shift to the Senate.

The Herald will continue to follow this bill as updates are made.