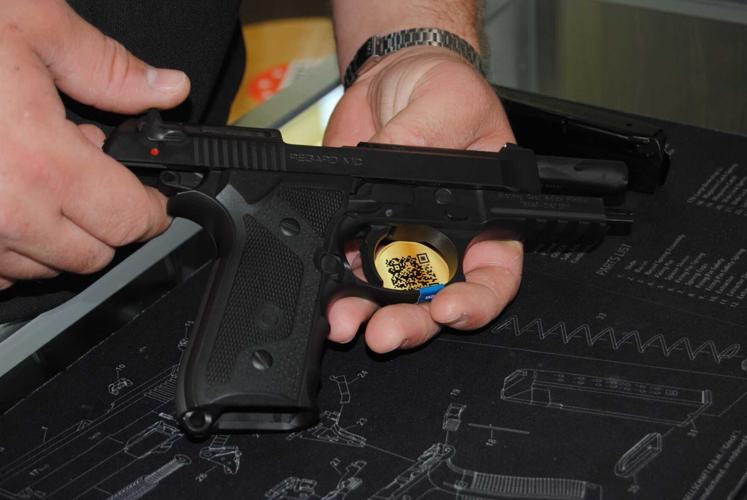 A 9mm handgun is shown from The Gun Range in Killeen last year. 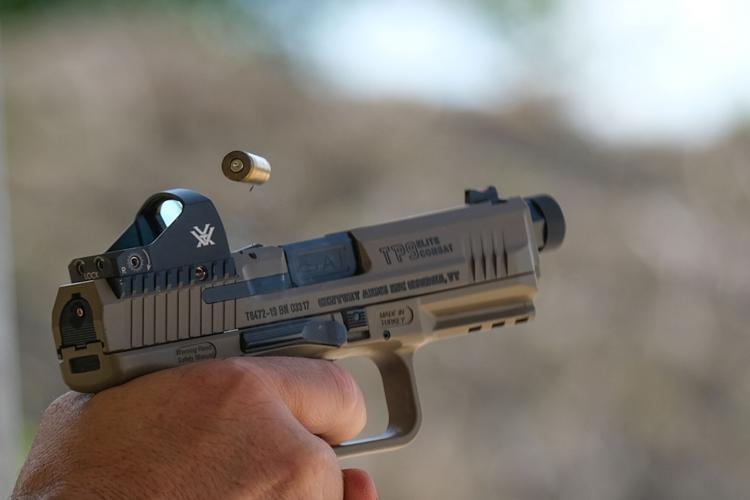 An empty 9mm brass cartridge flies out of a pistol at a local gun range. 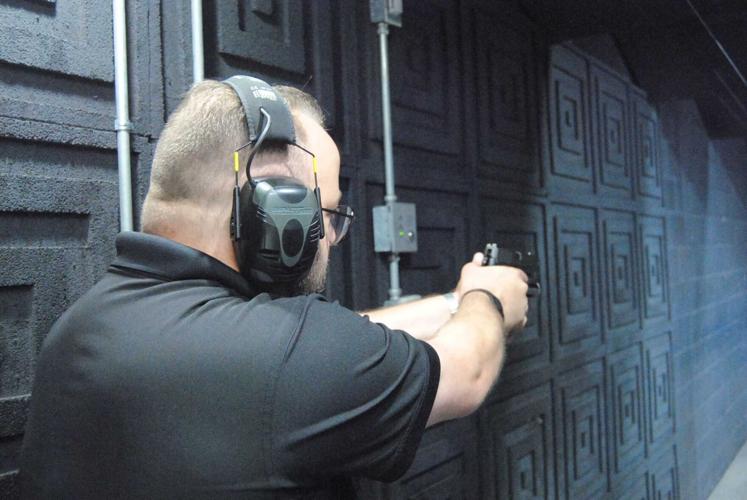 Jack Greenwell, the general manager of The Gun Range, in Killeen, prepares to fire a round down range.

A 9mm handgun is shown from The Gun Range in Killeen last year.

An empty 9mm brass cartridge flies out of a pistol at a local gun range.

Jack Greenwell, the general manager of The Gun Range, in Killeen, prepares to fire a round down range.

The general manager of a Killeen gun shop and the owner of a Killeen ammo/firearm store both said they have noticed an uptick in firearm sales of late, but neither was confident to say the increase is definitely in response to the recent local shooting incidents.

“We have seen an increase, and it is definitely good that people are understanding the need,” said Jack Greenwell, general manager of The Gun Range in Killeen. “But we haven’t had a massive increase.”

Nocked and Loaded has also seen a slight increase in firearm sales as well.

“In regards to say two years ago, a minor uptick,” said Johnny Wade, owner of Nocked and Loaded. “But, yeah, that being one of many things that have happened. There’s been several things that have caused people to continue to buy ammo and to buy firearms.”

The Gun Range also offers the License to Carry course, and Greenwell said there has been an increase in course registrations, but it may also be due to a natural ebb and flow.

“Statistically, in states that pass constitutional carry, LTCs have a slump and then they actually increase after a certain amount of time,” Greenwell said. “So we might just be seeing that normal statistical increase or it might be driven by the several incidents we’ve had in the past two weeks.”

On Jan. 17, 19-year-old Ty Andre Gentle was gunned down while inside his vehicle at the intersection of Central Texas Expressway and Indian Trail in Harker Heights, near the Interstate 14 overpass.

A day later, one man was shot after police said he attempted to carjack another vehicle near the intersection of Rosewood and East Central Texas Expressway.

That man, identified as Jamar McNair Jones, 31, was suspected of several armed robberies in Killeen, and fled police when KPD attempted to make contact with him a residence in Killeen on the morning of Jan. 18, police said. A car chase from Killeen to Belton, and back to Killeen, ensued.

Jones “wrecked out” of the Rosewood exit, forcing him to find an alternative plan of action, the release said. However, when he attempted to hijack a vehicle, the occupant fired at Jones multiple times, injuring him severely and forcing immediate medical attention. The driver who fired the gun was not cited, and it was deemed self-defense by investigators.

Greenwell said from his experience, it is “rare” for a police department to make a self-defense determination in such a short amount of time.

Though he is not a primary instructor for the LTC course, Greenwell said he often tells people that if they discharge their firearm in defense, they can expect to be in handcuffs for a period of time while police determine the facts and circumstances of the event.

From what he has heard about the incident on Jan. 18, Greenwell said it appears that the driver who shot Jones exhibited good situational awareness, which he said is a key component of the LTC course.

“We talk about how you can achieve that and the importance of it and some situational awareness tips,” Greenwell said.

Another thing he said that is discussed in depth during the LTC course is nonviolent dispute resolution and how to negotiate or talk down a possible assailant.

Should it escalate, however, Greenwell said expect the whole incident to be over in a matter of seconds, as he said he has heard the Jan. 18 event did.

“Statistically, the entire situation is going to last less than two seconds; it’s going to happen very quickly,” he said.

Though he said the numbers have changed slightly, Greenwell said an old adage the FBI used to tout was “two, two, two” about gun fights.

The adage states that typically, a gun fight happens with a distance of two yards or less, in two seconds or less and two shots from each person.

Where to keep it?

If a person chooses to lawfully carry their firearm in their vehicle while they’re driving, Greenwell said he recommends to keep it close.

Keeping a firearm in a glovebox or under the seat can cause problems should the need to defend oneself arise due to proximity and the possibility of the firearm sliding across the floorboard.

“I’m always a very large proponent of what a lot of people refer to as on-body carry. I want to have it attached to me,” Greenwell said.

He said the firearm should not be in plain view, because that could be construed as brandishing, but it should not be in a place that is difficult to access, especially if that is one’s primary defense plan.

Wade said he does not make recommendations of where someone should have the firearm if they choose to carry.

“That’s one of those things that they need to have that and be comfortable with where to do it,” Wade said. “Now, what I do tell people is do not leave them in the vehicle.”

What do police say?

Though police will not comment further on the Jan. 18 incident itself because it is still under investigation, Assistant Killeen Police Chief Alex Gearhart issued a statement for those who choose to lawfully carry.

“The Killeen Police Department supports the right of self-defense that is shared by all. How a person decides to do that is a very personal decision that carries responsibility and should not be taken lightly. We encourage anyone who legally carries a firearm for self-defense to seek appropriate training from a reputable source,” Gearhart said.

The thugs will always find a way to get a firearm, they don't buy their weapons at the gun shows.