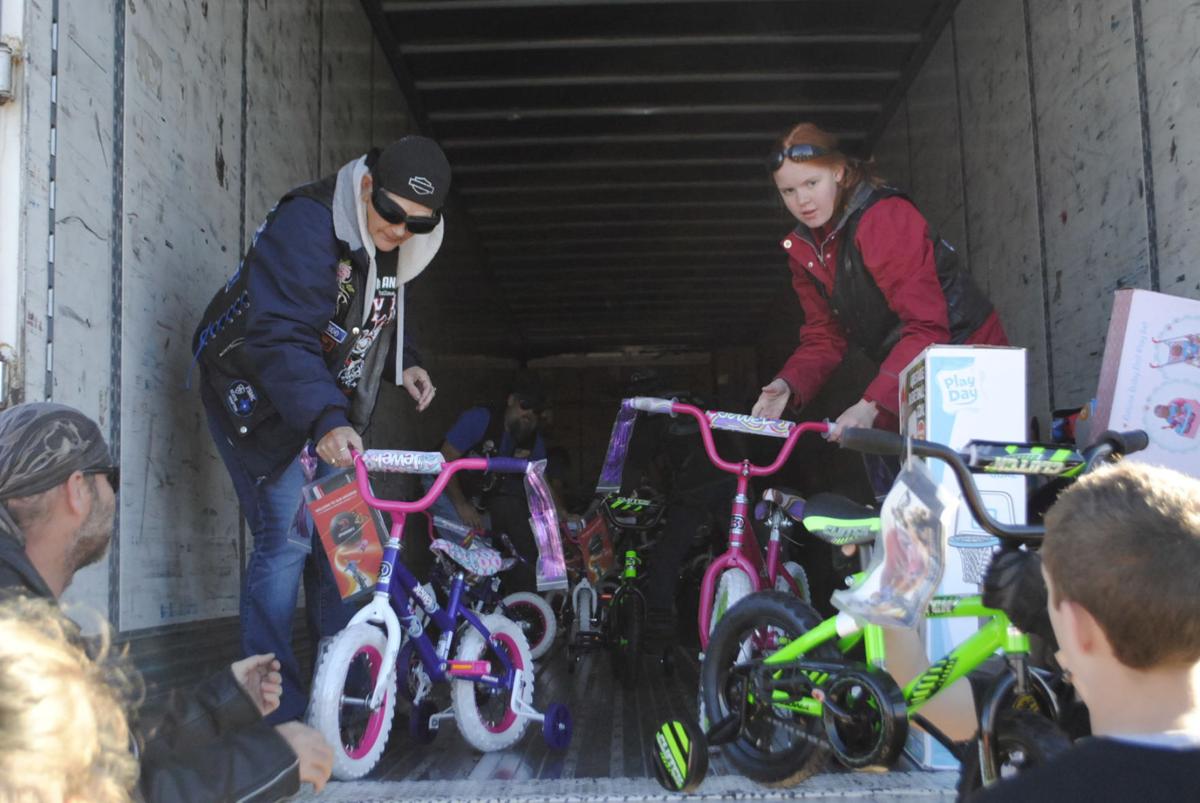 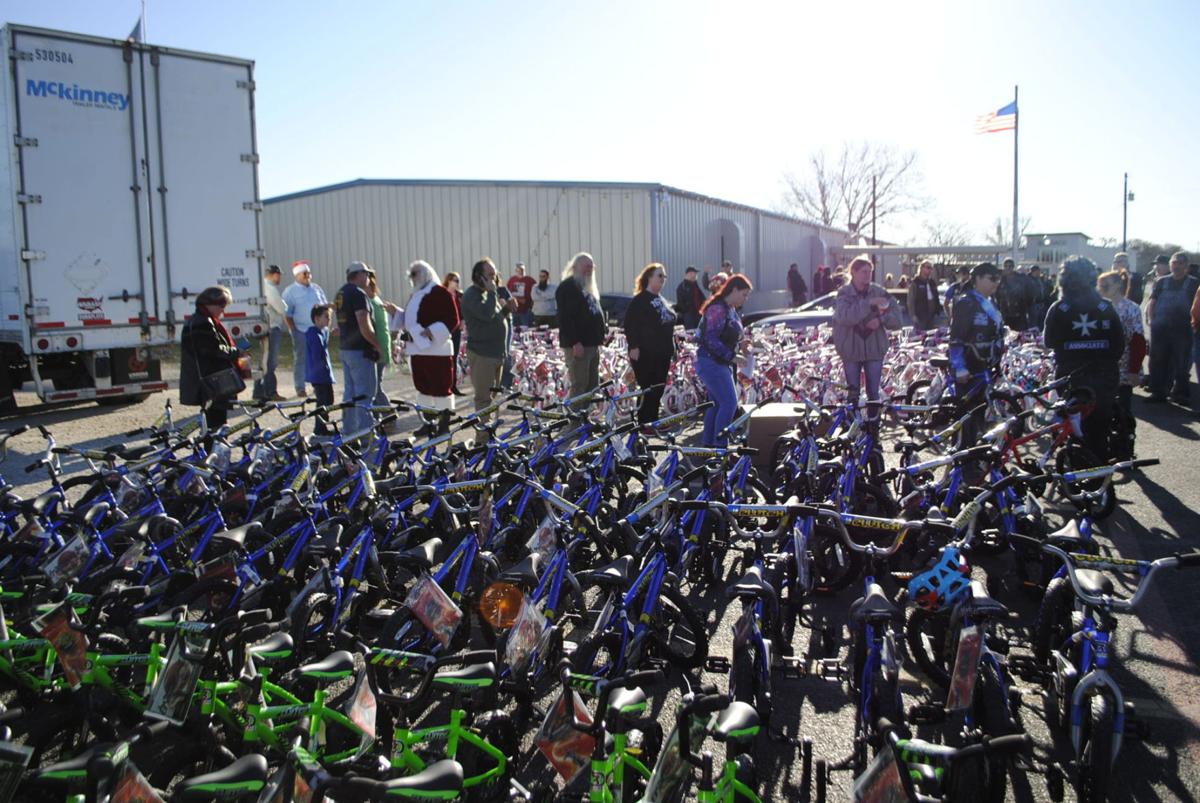 There were 253 donated bicycles for boys and girls at the 27th annual Tri-County Toy Run on Sunday afternoon. 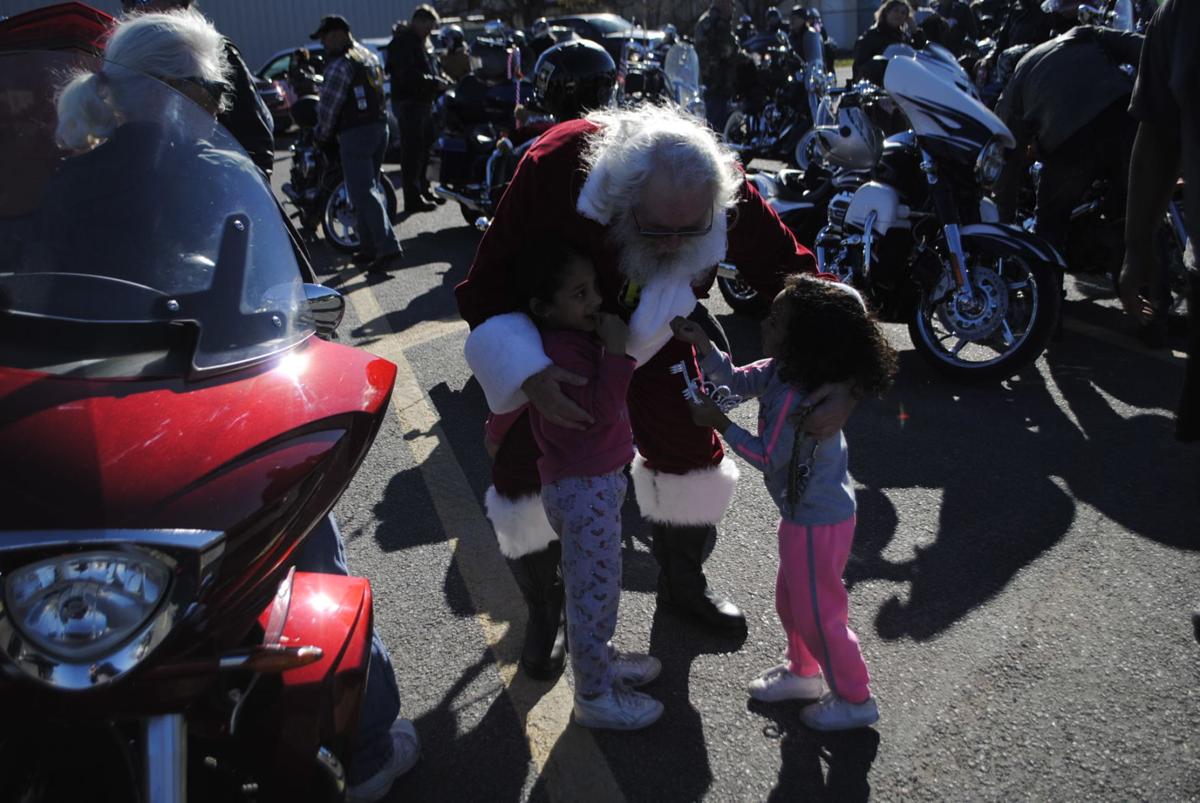 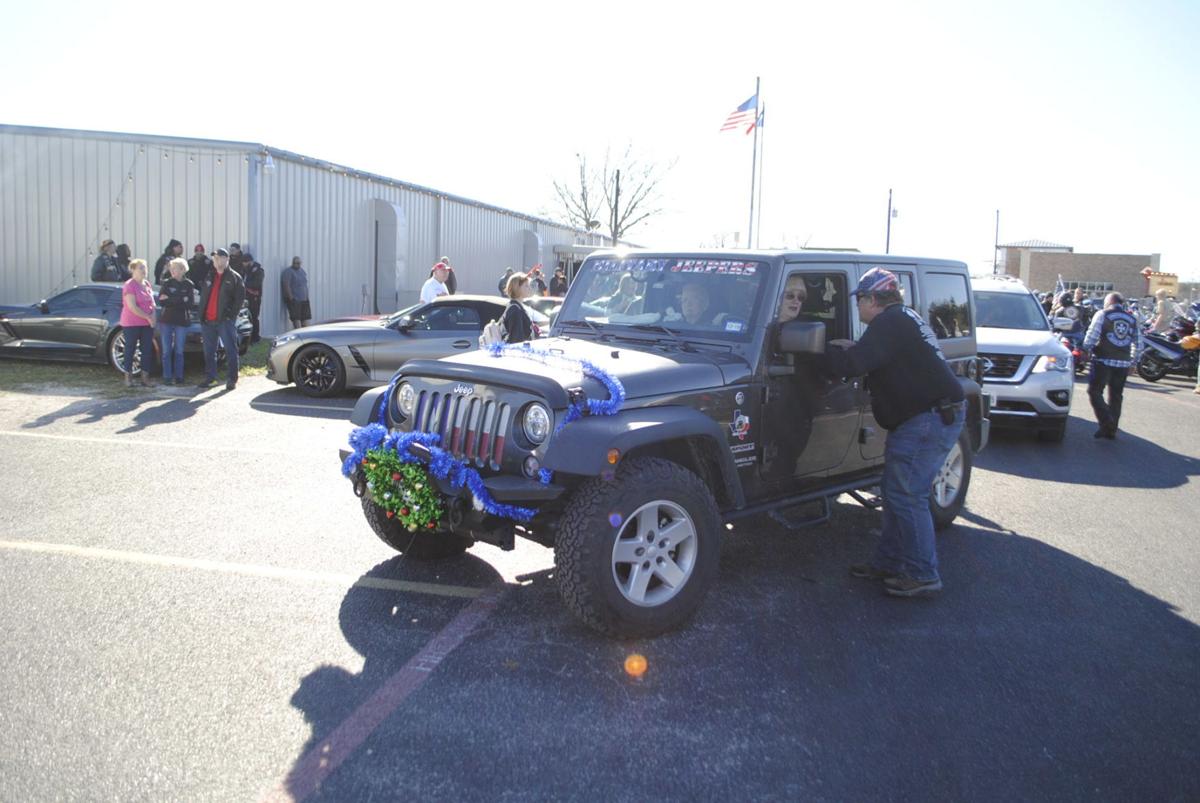 Yolana Todd drives her festively-decorated Jeep into the 281 Cafe and Dancehall parking lot in Lampasas on Sunday afternoon as part of the 27th annual Tri-County Toy Run. 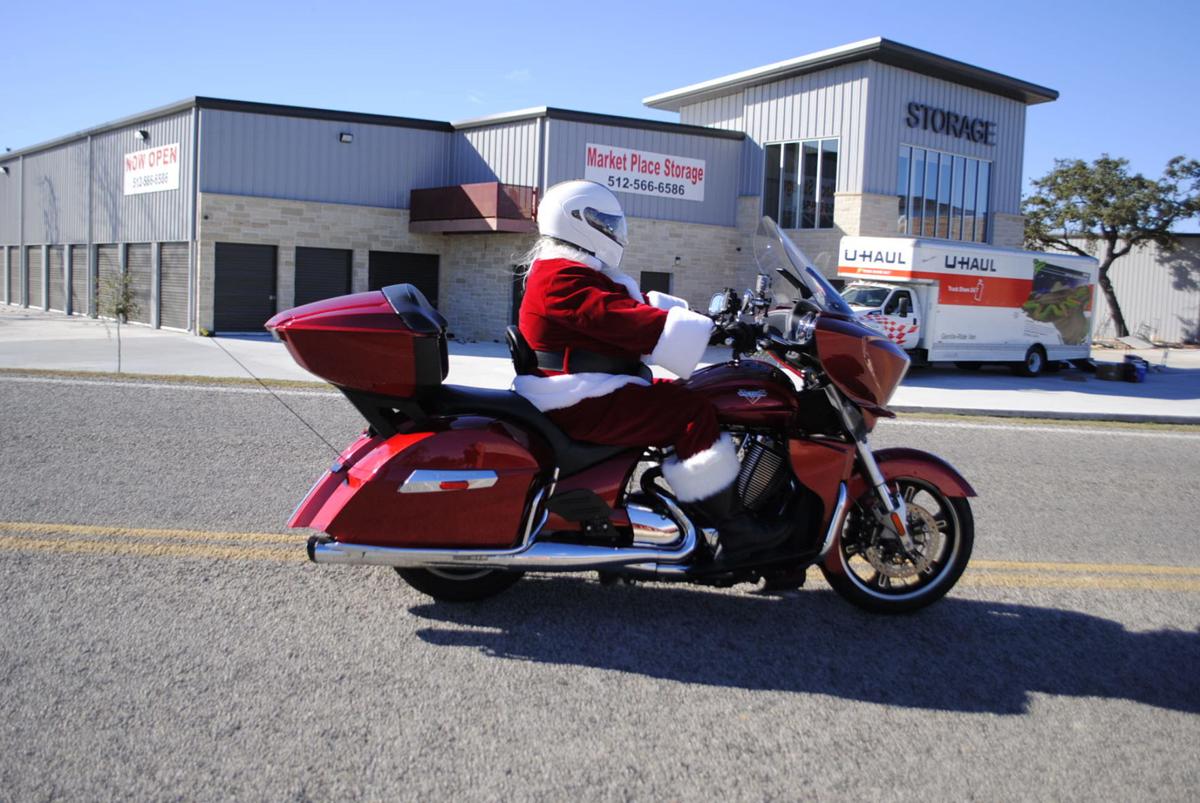 There were 253 donated bicycles for boys and girls at the 27th annual Tri-County Toy Run on Sunday afternoon.

Yolana Todd drives her festively-decorated Jeep into the 281 Cafe and Dancehall parking lot in Lampasas on Sunday afternoon as part of the 27th annual Tri-County Toy Run.

More than 800 motorcycles roared in Lampasas about 2:30 Sunday afternoon after close to 1,000 riders traveled from Temple to the 218 Café in Lampasas as part of the 27th annual Tri-County Toy Run.

The ride left from American Legion Post No. 133 in Temple at 1 p.m. and traveled through Bell, Coryell and Lampasas counties.

“This is my first time getting to participate in the Toy Run; actually, this was only my third time on the back of the motorcycle,” said Hailee Lance, 15, who rode with her father as part of the annual fundraising event.

“I love the cause of the Toy Run; it’s really great. We rode right behind Santa this year, and we actually escorted Bruce to Temple before we left from the Legion.”

Lance was referring to Bruce Raymond, the chairman of the Tri-County Toy Run. Raymond leads the ride every year dressed up as Santa Claus, and also heads up many of the fundraising efforts surrounding the Toy Run.

“When we left the Legion this afternoon, we had about $16,000 worth of donations, so after we get the number from here, we will probably break the $30,000 mark,” Raymond said.

“This is all about the kids; we do all of this for the kids,” Raymond said. “It gives me a great feeling that so many people come out and participate in this.”

Jerry Caballero, post sergeant-of-arms and past president of the toy run, said the charities distribute the gifts to more than 9,000 children.

“‘We work all year in planning this,” Caballero said. “Every year, it’s the first Sunday in December.”

The post has been a part of the run for 25 years, he said.

“The thing gets bigger every year,” he said. “We had this place full of bicycles and toys. We’ll need another room or something.”

The ride wasn’t restricted to just motorcycles this year, either. For the past several years, multiple car clubs have participated in the ride, and this year, some Jeep clubs took part.

“My husband got the ‘jeepers’ involved this year, and I decided to drive my jeep in the Toy Run this year,” said Yolana Todd, who drove with her mother, Alpha Mcadoo, in her Christmas-decorated Jeep. “It was really interesting to participate, and I might like to next year, too.”

In addition to miscellaneous toys, there were 253 bicycles donated for boys and girls. Lance volunteered to help unload the bicycles from the transport truck, which in turn was volunteered for the event by Lonestar Truck Group.

“I love helping out my community,” Lance said. “It is for a really good cause.”