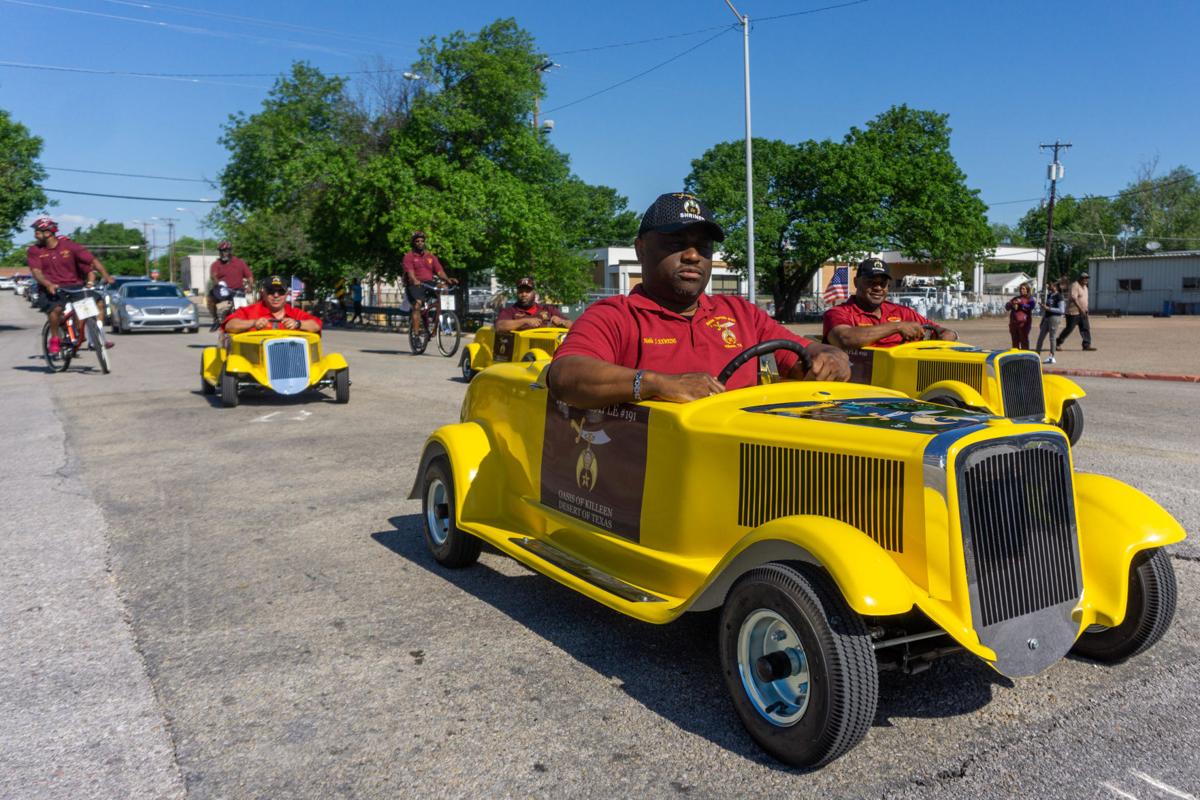 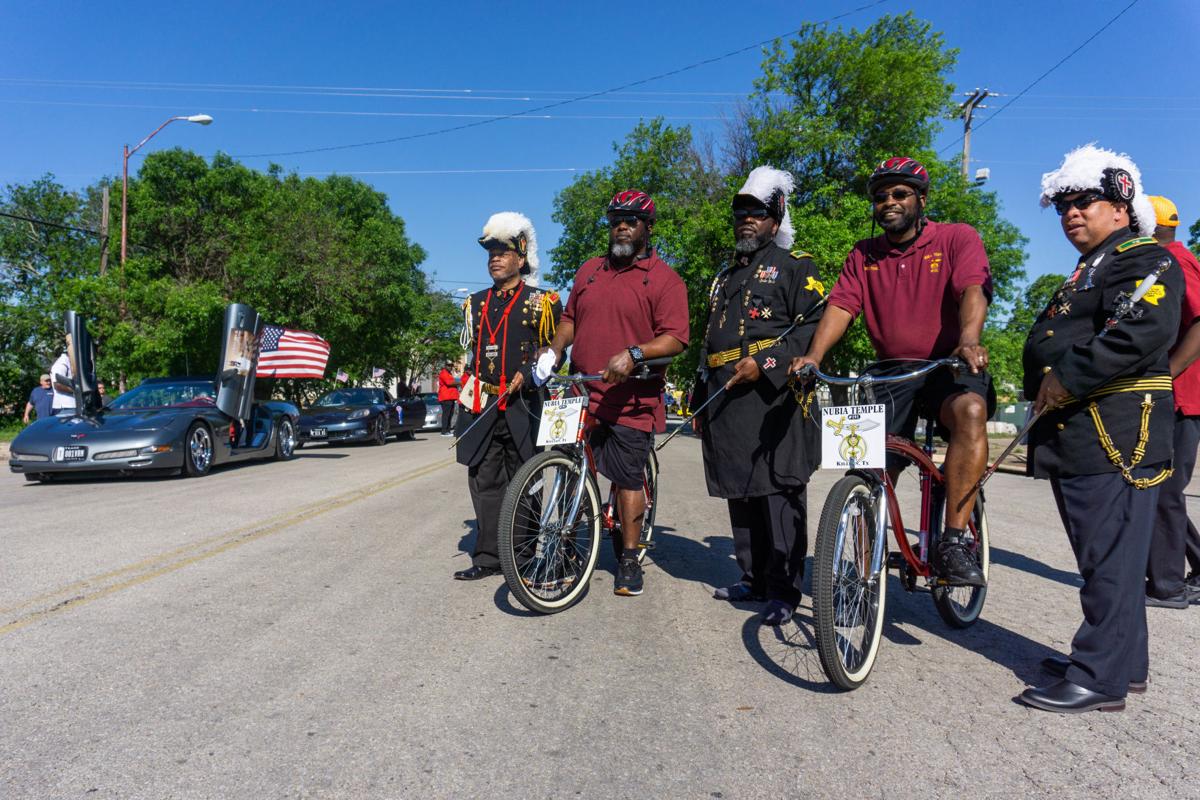 Shriners from across Texas come together for their first parade in Killeen in 10  years in downtown Killeen on Saturday, April 27, 2019. 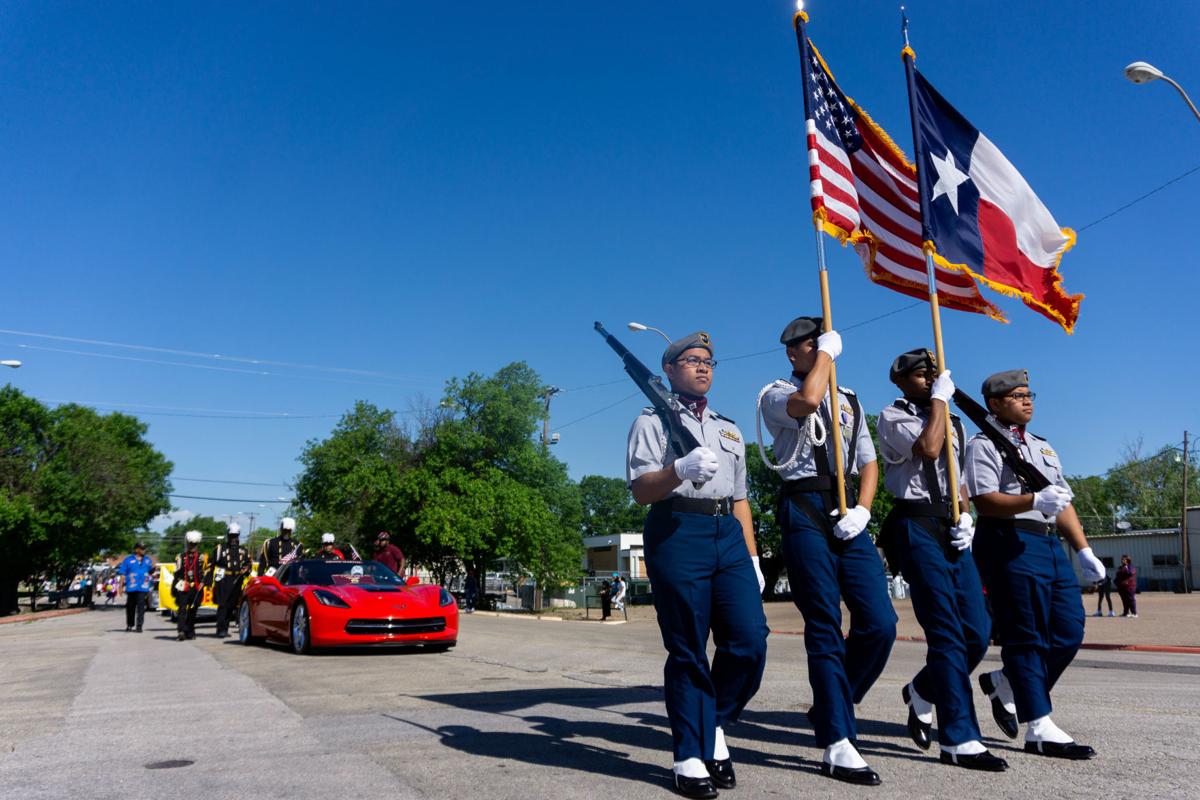 Members of the Killeen High School Roo Color Guard march in the Shriners parade in downtown Killeen on Saturday, April 27, 2019. 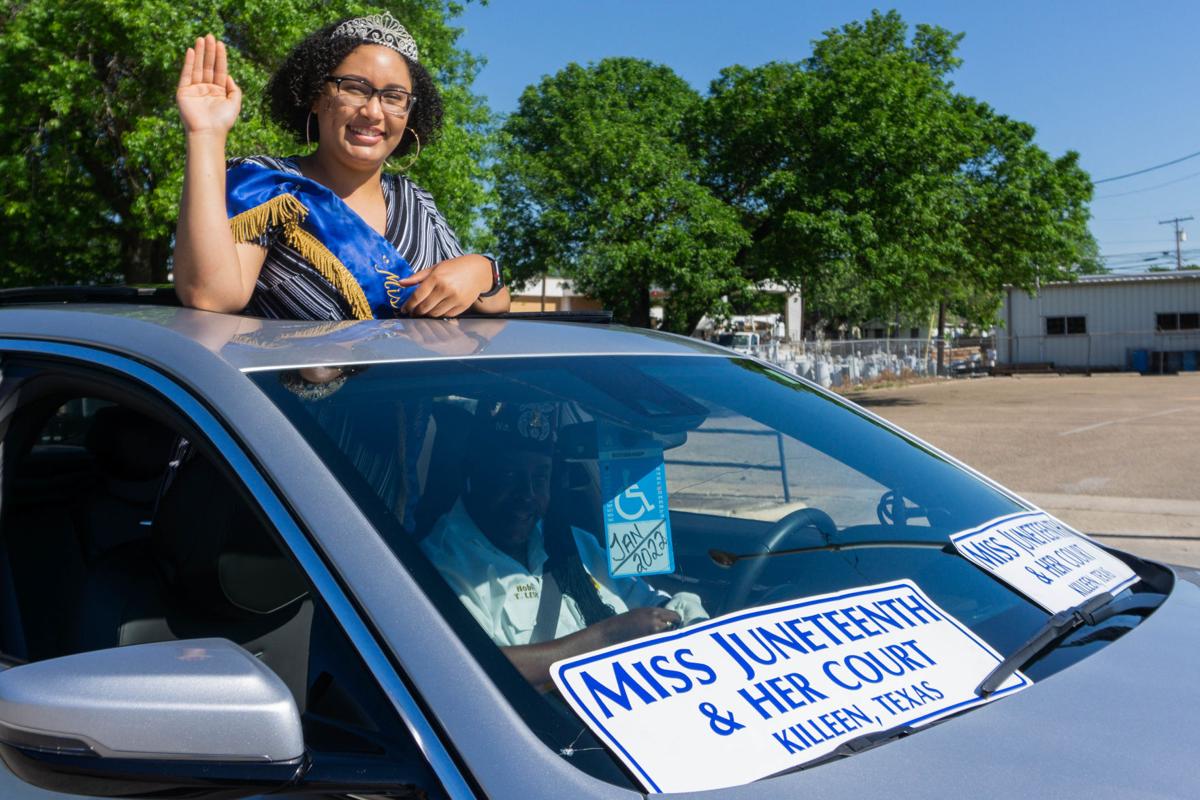 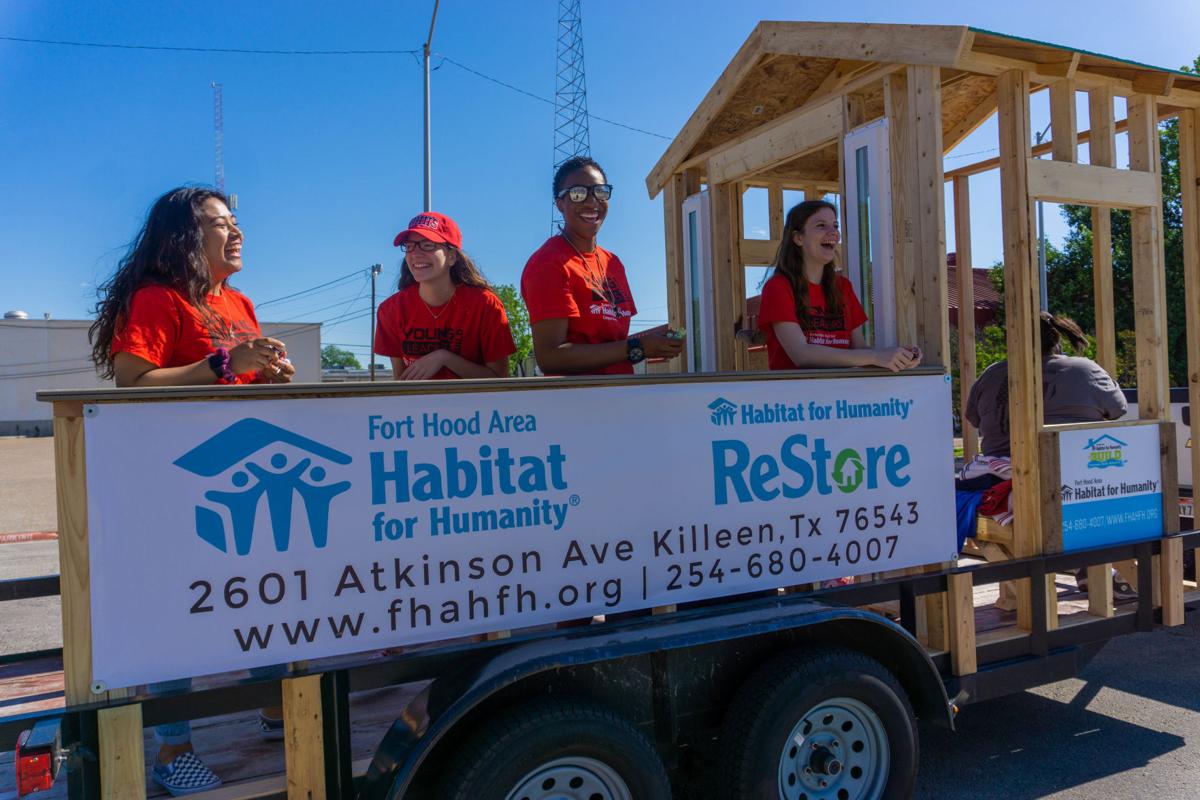 Members of the Fort Hood Area Habitat for Humanity greet the crowd at the Shriners parade in downtown Killeen on Saturday, April 27, 2019.

Shriners from across Texas come together for their first parade in Killeen in 10  years in downtown Killeen on Saturday, April 27, 2019.

Members of the Killeen High School Roo Color Guard march in the Shriners parade in downtown Killeen on Saturday, April 27, 2019.

Members of the Fort Hood Area Habitat for Humanity greet the crowd at the Shriners parade in downtown Killeen on Saturday, April 27, 2019.

Under a brilliant, blue sky with a light breeze that kept conditions relatively comfortable amid quickly rising temperatures, more than 30 groups, nonprofits and other organizations stepped off Saturday for the Prince Hall Shriners and Daughters parade.

“This week has been our Gala days, which is a celebration of our Shriners all over Texas,” said George Love, noble adviser and event coordinator for the parade. “And we were fortunate that this year Killeen, Texas was chosen and this parade is the culmination of that.”

Saturday’s parade was the first time in 10 years that the parade has been held in Killeen, organizers said. With the planning having started back in November, approximately 200 Prince Hall Shriners participated, with members coming from as far as El Paso.

They included all the clubs that are part of the Nubia Temple: Killeen-Cove Chiefs, Members of the Local NAACP and Killeen High School Roo Color Guard, along with several other Prince Hall Shriners and Daughters from across Texas.

Edmond Jones, grand marshal for the event, took the opportunity to ride in one of the Corvettes that the Mid-Texas Corvette Club provides for special guests, stopping frequently to pose for photos to the bystanders who lined Avenue D.

Among the floats was a framework for a house, built by Director Ken Cates and members of Fort Hood Area Habitat for Humanity.

Also, a vivid white trailer-drawn float by The Imperial Court Daughters of Texas drove past followed by cheering from Killeen-Cove Chiefs.

A contingent of Shriner Clowns and the Nubia Temple #191 Shriners in their tiny cars also were part of the parade.

According to organizers, the tiny cars are part of a competition by the different Shriner groups to see who can have the smallest car.

“We like to have fun,” said Love when asked about the tiny cars.

But it’s not all wearing fezzes and driving tiny cars for the organization.

The Prince Hall Shriners and Daughters do a lot of philanthropy, having raised over $1 million for diabetes research alone, as well as setting up walks to help raise awareness.

The organizations also does other things for the benefit of community youth, like hosting an annual magic show, providing grants, helping with voter registration, assisting the local NAACP, setting up Easter egg hunts and providing food for families.

“The Shriners are committed to our community,” Love said, “so we try to enjoy ourselves and add our happy spirit along with our happy practitioners to Killeen.

“Helping out is just something that we like to do. And you know when you love doing something, you will be happy and other folks be happy, too.”

For more information on the Prince Hall Shriners and Daughters, go to www.aeaonms.org or www.dtxfoundation.org.