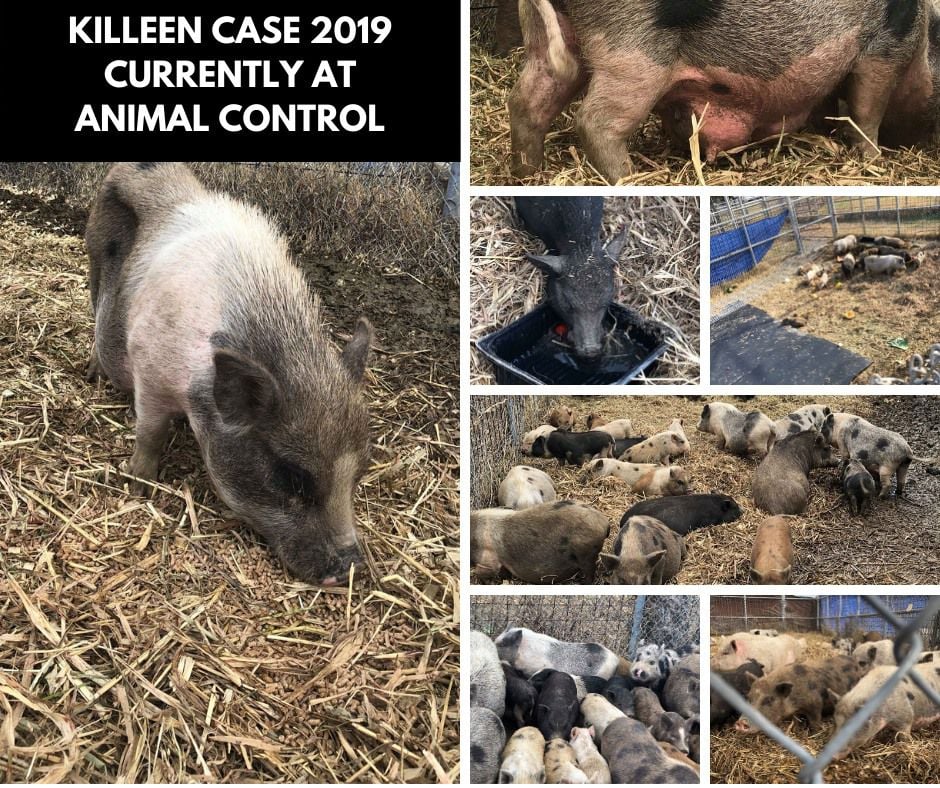 My Pig Filled Life, a nonprofit organization from Wills Point, put together this compilation of pictures of pigs that were removed from a home in Killeen. 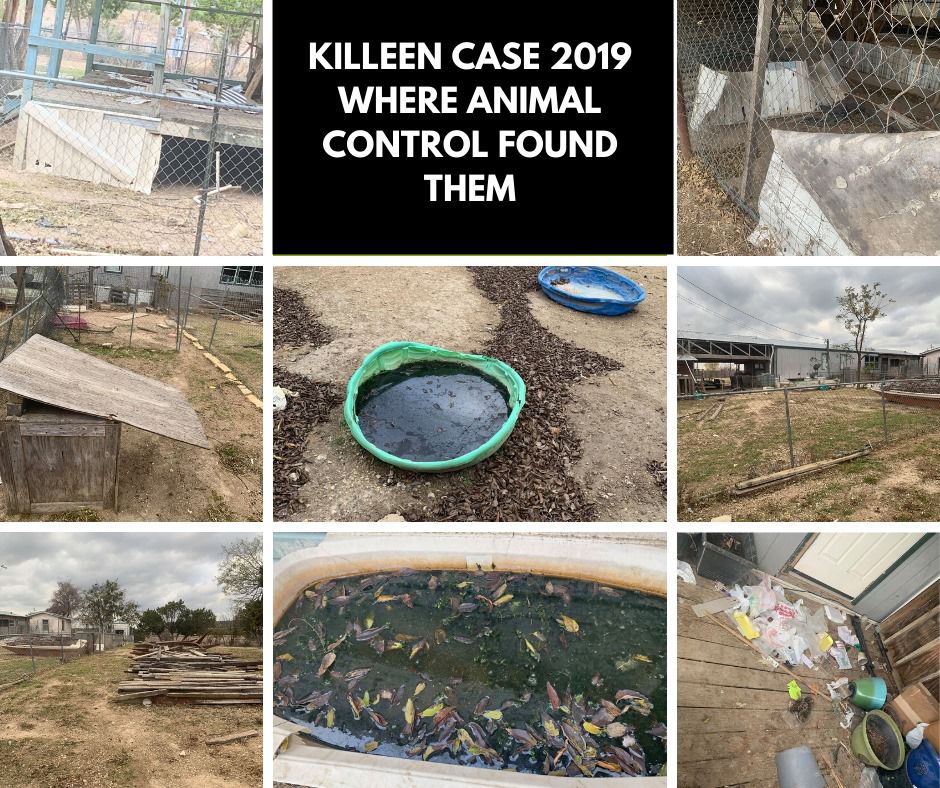 My Pig Filled Life, a nonprofit organization from Wills Point, put together these pictures of the location where 55 pigs were removed from a Killeen home.

My Pig Filled Life, a nonprofit organization from Wills Point, put together this compilation of pictures of pigs that were removed from a home in Killeen.

My Pig Filled Life, a nonprofit organization from Wills Point, put together these pictures of the location where 55 pigs were removed from a Killeen home.

A nonprofit organization from Wills Point, east of Dallas, is taking all pigs removed from a Killeen home earlier this month on Reese Creek Road. The incident is still under investigation, city spokeswoman Hilary Shine said Tuesday.

“The owner surrendered custody, and the City is in the process of placing the pigs through rescue organizations,” Shine said in an email to the Herald. “The pigs are not at the Animal Shelter. We are deliberately not disclosing their location. They are being taken care of appropriately.”

One such rescue organization — My Pig Filled Life — said it agreed to take all of the pigs, 31 females and 24 males. Many of the females appear pregnant, the organization said in a Facebook post.

"The pigs began to escape fences looking for food. After complaints from neighbors, animal control went out to execute a warrant," My Pig Filled Life said in a Facebook post, however, city officials did not confirm those details.  "They were greeted by multiple dead pigs and a large herd of very hungry, thirsty, neglected pigs."

Bolling said two of the 55 pigs died of pneumonia in Killeen — one Friday and one Saturday.

Bolling said the pigs that died will be sent to Texas A&M University for autopsies.

The remaining pigs will be transported to Wills Point Sunday. When they arrive at the My Pig Filled Life facility, they will be in quarantine for a minimum of 30 to 60 days. The process of nursing them back to health may take up to six months, Bolling said.

“Our goal is to make them adoptable,” Bolling said, adding all the animals are pot-bellied pigs bred to be pets and not for consumption.

The pigs that are able to will be spayed, neutered, vaccinated, micro-chipped and put up for adoption.

Bolling said she decided to take the pigs, because all of the other facilities she knows about were full, and she had just purchased more land. She said they were the only facility she knew of that could support all of the pigs without splitting them up.

The organization said it is holding a work day to add 15 housing areas, six penned areas and farrowing fences Saturday in preparation for taking in the remaining pigs.