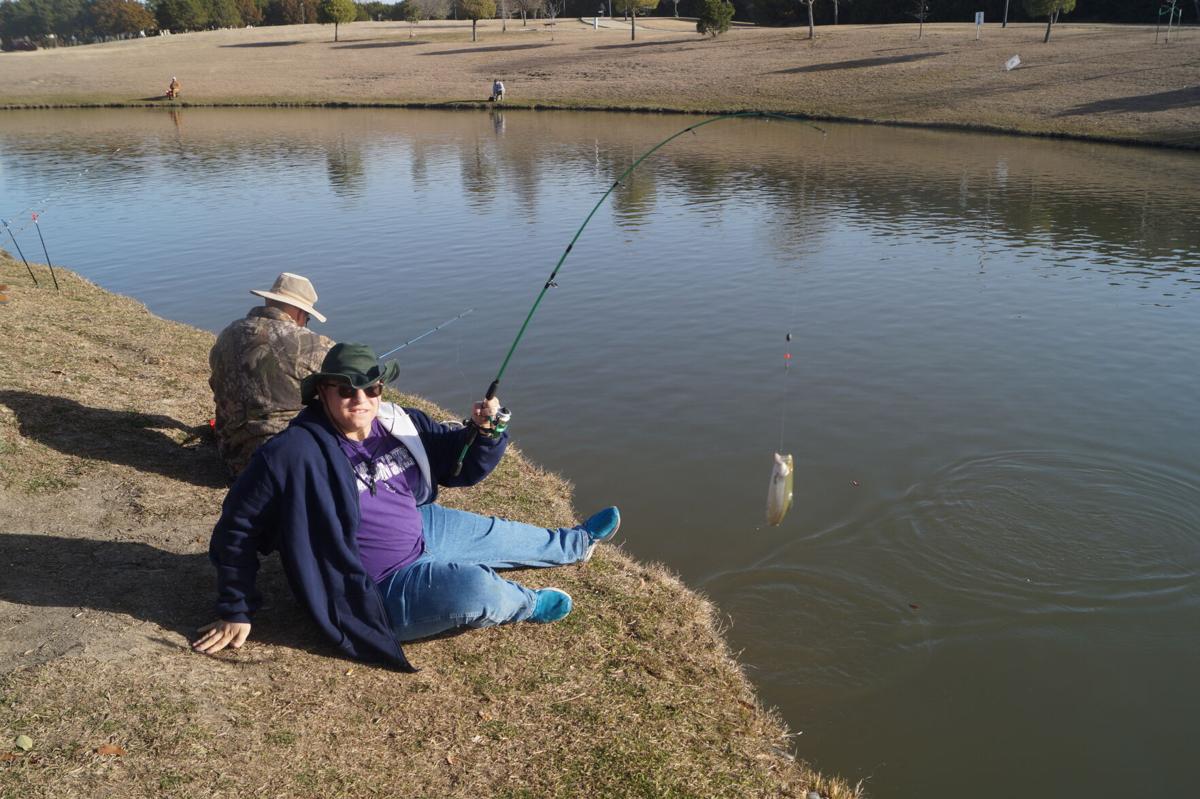 Kempner resident Joseph Walden pulls in a trout alongside his dad, Shawn. 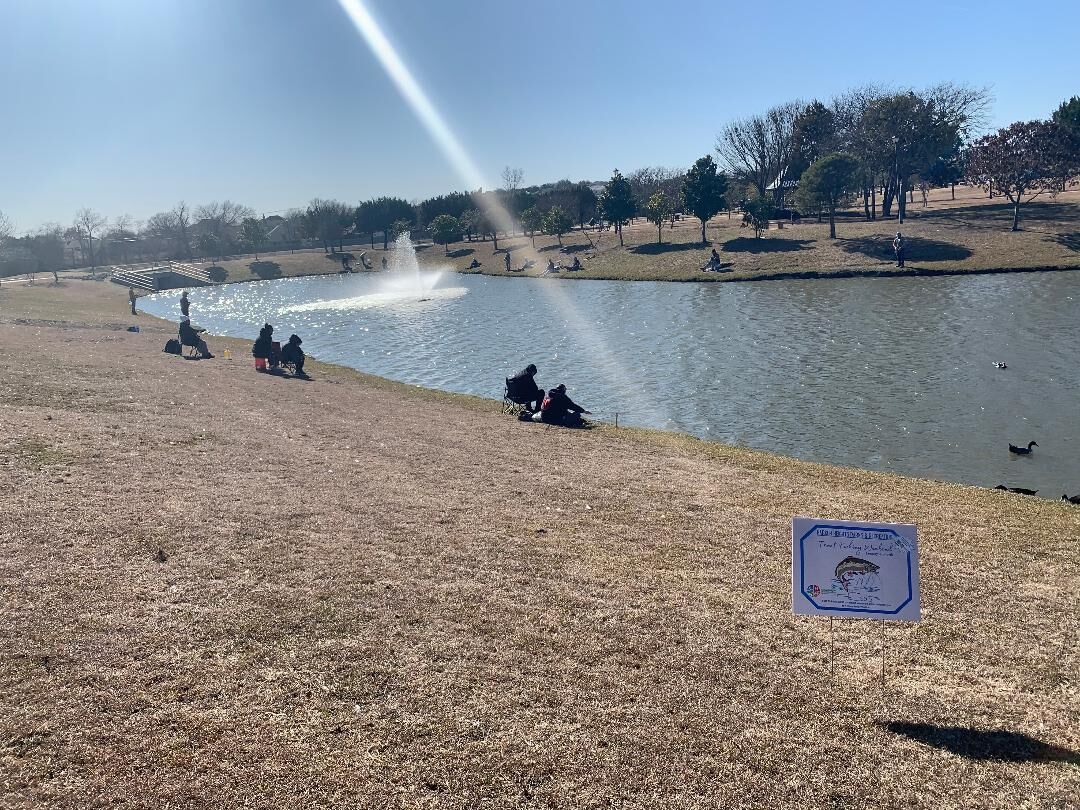 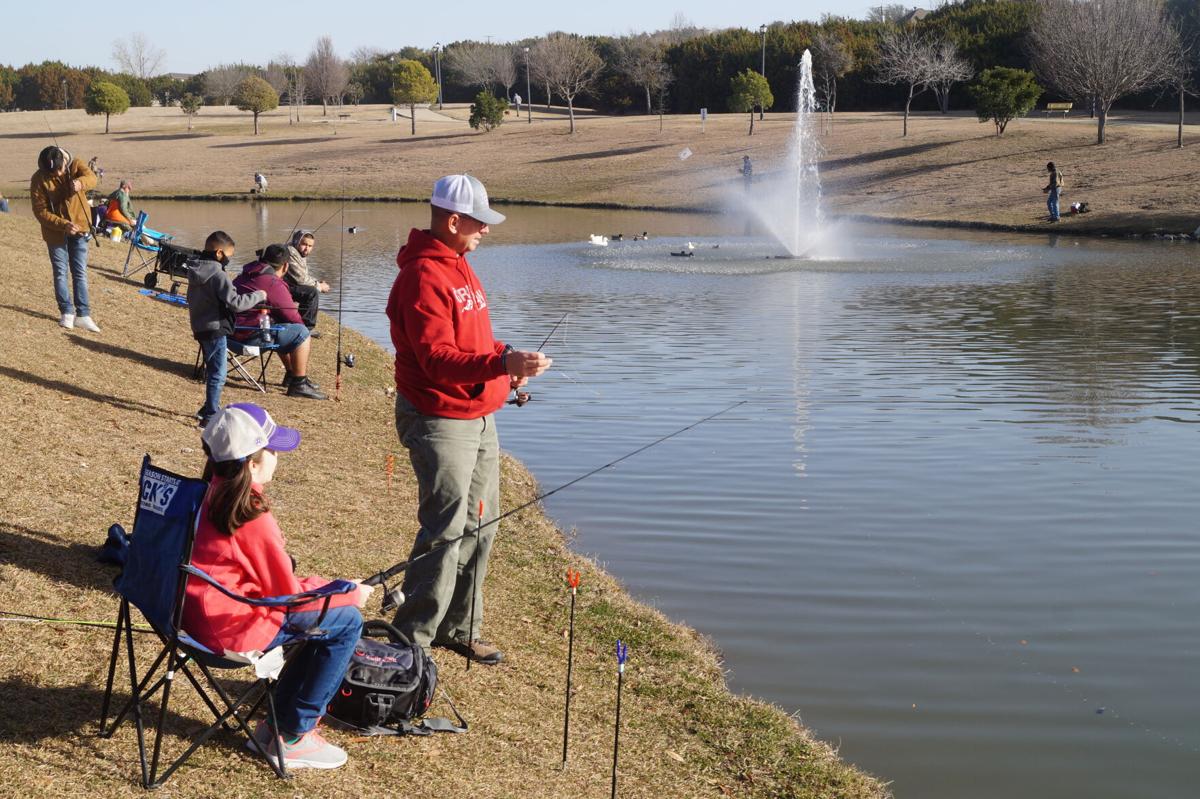 Eleven-year-old Addison Domser (seated near her dad, Steven) was after her first-ever rainbow trout Saturday morning at Carl Levin Park in Harker Heights.

Kempner resident Joseph Walden pulls in a trout alongside his dad, Shawn.

Eleven-year-old Addison Domser (seated near her dad, Steven) was after her first-ever rainbow trout Saturday morning at Carl Levin Park in Harker Heights.

HARKER HEIGHTS — Eleven-year-old Addison Domser was on a mission Saturday as she and her dad joined a couple dozen other anglers along the banks of Carl Levin Park fishing pond.

It was a bright, chilly morning but a steady stream of young and not-so-young anglers were in search of the perfect spot to land a limit of five rainbow trout each, as part of the Texas Parks and Wildlife Department’s annual restocking program that adds hatchery-raised rainbows to lakes, ponds, and rivers all across the state.

Generally, rainbow trout — native to North America west of the Rocky Mountains — do not reproduce in Texas and are unable to survive summer temperatures here, so every fall and winter, TPWD releases more than 300,000 rainbows and invites the public to bait a hook and catch a limit of up to five fish each.

Bailey Ross, recreation coordinator for the city of Harker Heights, said more than a thousand rainbows were added to the pond at Carl Levin Park along Interstate 14. Ross did not have detailed participation numbers, but in the days after fish are released, the banks of the city pond can get fairly crowded.

“It is a great program,” Ross said. “Rainbow trout are very pretty fish for one, but they are also a fish that you cannot catch in a regular body of water in Texas. So it is a cool experience for anglers to get the opportunity through this program.”

Considered to be among the top five sport fishes in North America and one of the most important game fish west of the Rocky Mountains, rainbow trout require a fairly basic rod-and-reel set-up and simple bait: cheese, kernel corn, worms, crickets, along with small spinners and spoons.

Children 16 and younger may fish for free, while anyone 17 and older needs a valid fishing license. A license is not required to fish inside a Texas state park. Most parks charge an entry fee for admission. Visit the TPWD website for details on stocking dates, locations, and more.