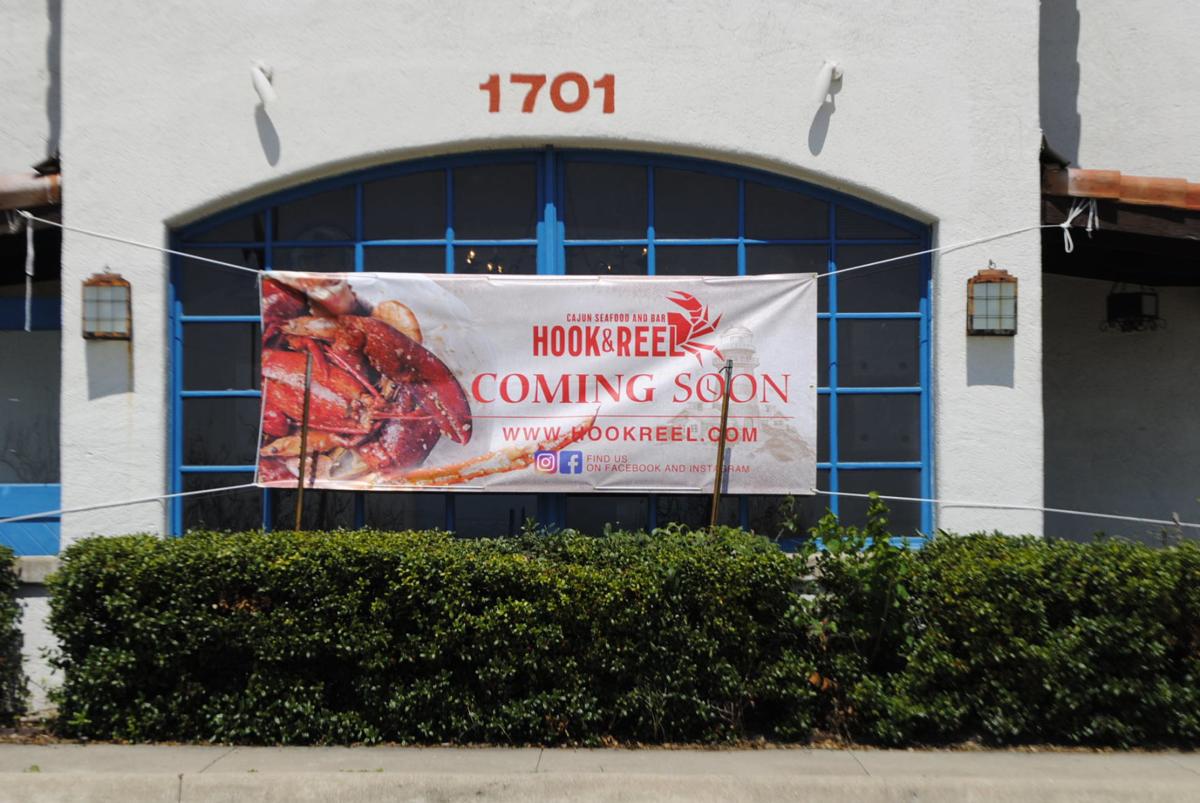 A sign announces a new seafood restaurant in Killeen. 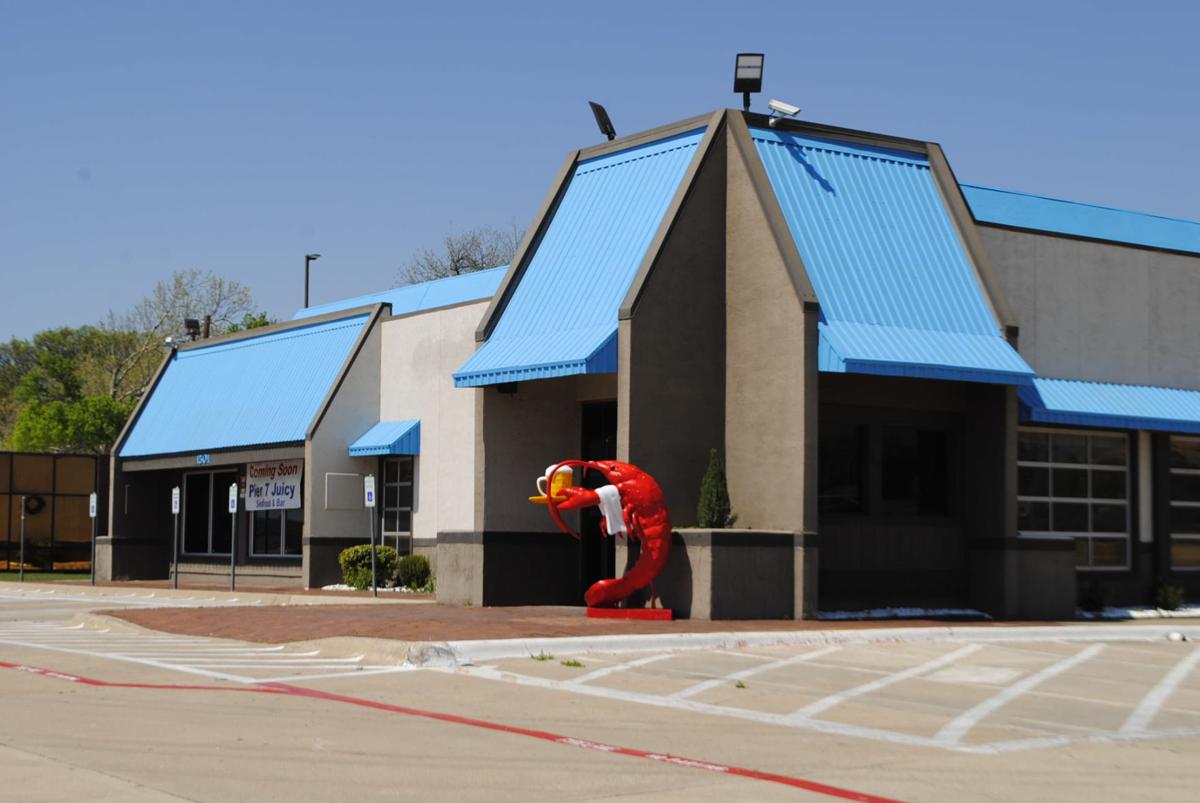 The outside of Pier 7 Juicy is seen Thursday. The restaurant is ready to open when restaurant restrictions are lifted, the owner said. 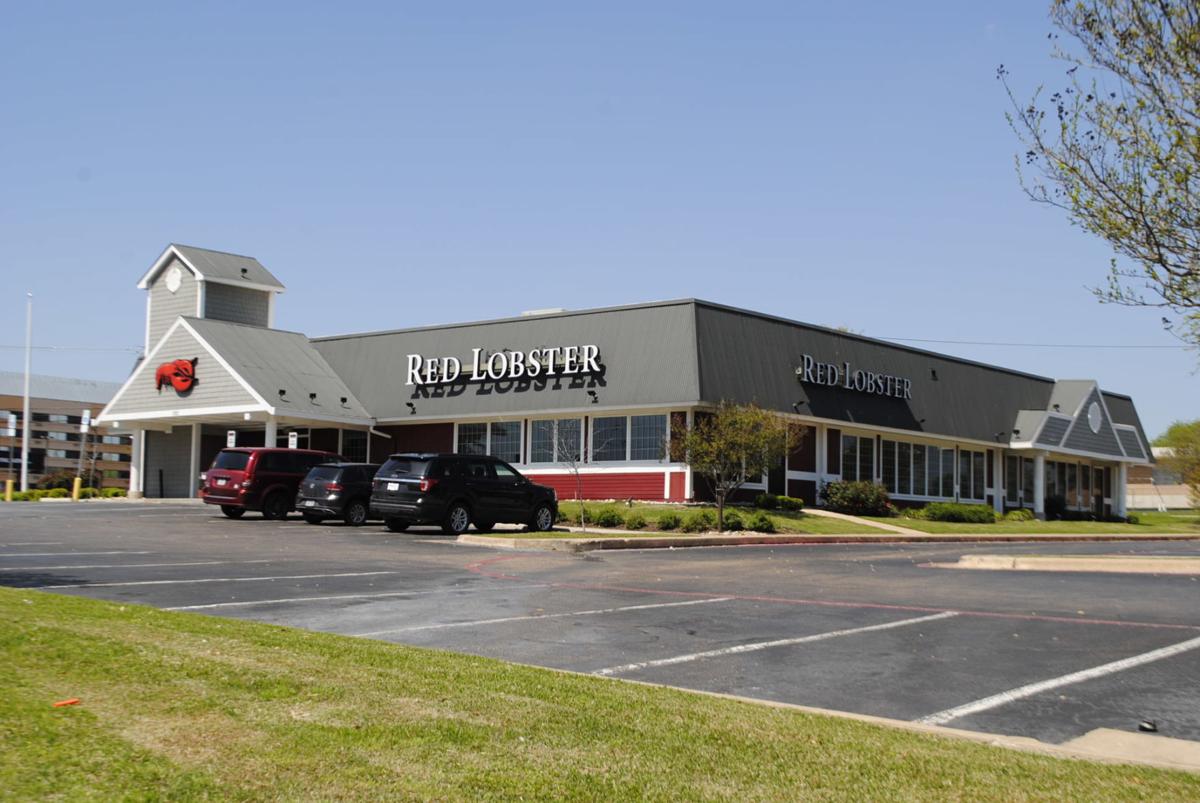 Red Lobster has been a Killeen staple for a few decades. Two new seafood restaurants will be in close proximity to it.

A sign announces a new seafood restaurant in Killeen.

The outside of Pier 7 Juicy is seen Thursday. The restaurant is ready to open when restaurant restrictions are lifted, the owner said.

Red Lobster has been a Killeen staple for a few decades. Two new seafood restaurants will be in close proximity to it.

A stretch of the Interstate 14 expressway between W.S. Young Drive and Trimmier Road in Killeen may soon be appropriately dubbed “Seafood Row.”

A Flushing, New York-based seafood chain is moving in near two others in Killeen.

Hook & Reel, a Cajun seafood restaurant, will occupy the property at 1701 E. Central Texas Expressway, a building which once housed El Chico. A sign on the outside of the building announces the coming restaurant, although no date of an opening was announced.

The new seafood restaurant will be just two properties from the recently announced Pier 7 Juicy Seafood & Bar, 1501. E. Central Texas Expressway, which also will have a Louisiana Cajun flavor.

Hook & Reel currently has 25 restaurants in 14 states, but it is expanding, according to the restaurant’s website.

The seafood chain is currently in the process of opening 49 additional locations and expanding to eight additional states.

Prior to announcing its arrival, the property sat vacant for nearly two years. El Chico closed in March 2018.

Around mid-November, a sign appeared on the building that once housed Hooters, announcing the coming of Pier 7 Juicy Seafood & Bar.

Since then, changes have been made to the facade, including the color from the iconic orange to a light blue. There is also a lobster statue outside the entrance of the restaurant.

The restaurant’s owner, Tony Yang, said the building has passed a city inspection and is ready to open once restaurant restrictions due to the coronavirus are lifted.

The building’s previous tenant, Hooters, shuttered its doors in July 2019.

Red Lobster has been a staple in Killeen since at least the 1990s.

Although operating in a reduced capacity due to the coronavirus outbreak, the restaurant is the only one of the three currently offering services.

The seafood chain is operating on a reduced menu, but it is offering delivery at www.redlobster.com. They are also offering to-go and curbside orders by calling 254-526-7335.

The signs are up, inspections are complete, and restaurants can reopen. Everything is in place for a new seafood restaurant to open, something…

While this doesn't affect me, it has been brought to my attention that a non-paying subscriber to this newspapers online feed will only be allowed to read 10 articles before they are forced to pay for a subscription. If they want to continue to receive updates from the Killeen Daily Herald that is. Now I know from experience that there are some very committed people working for our hometown newspaper. People who really care about our community. And I feel this issue is just something that has been overlooked. But, given that the entire county is required to "shelter in place" and must rely on tv news, and internet news for updates, surely the KDH, can lift this requirement during the Pandemic. Is it doable? Of course it is. Will you do it? Only you have the answer. But I am now, formally, asking that you take action and allow everyone to access your feeds, without cost, until this crisis is over. Answer?