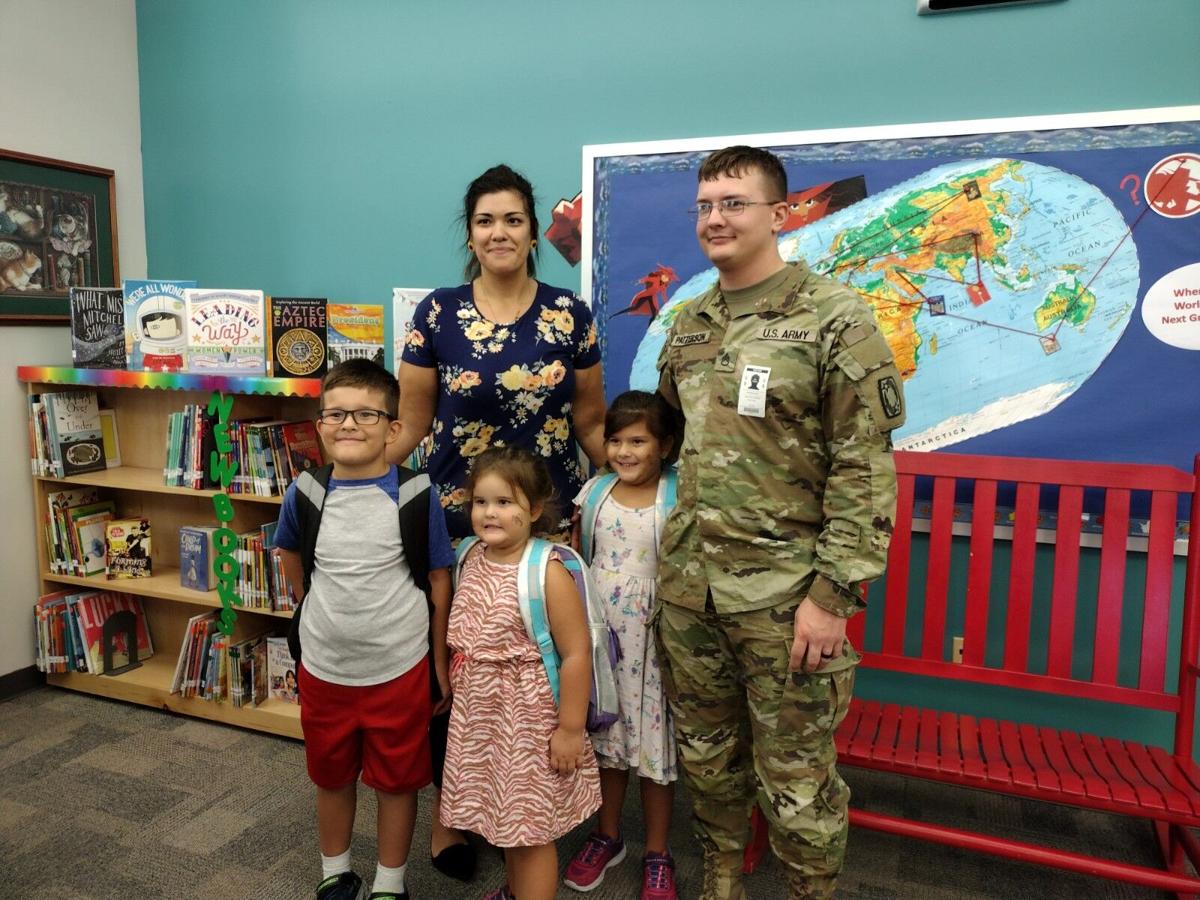 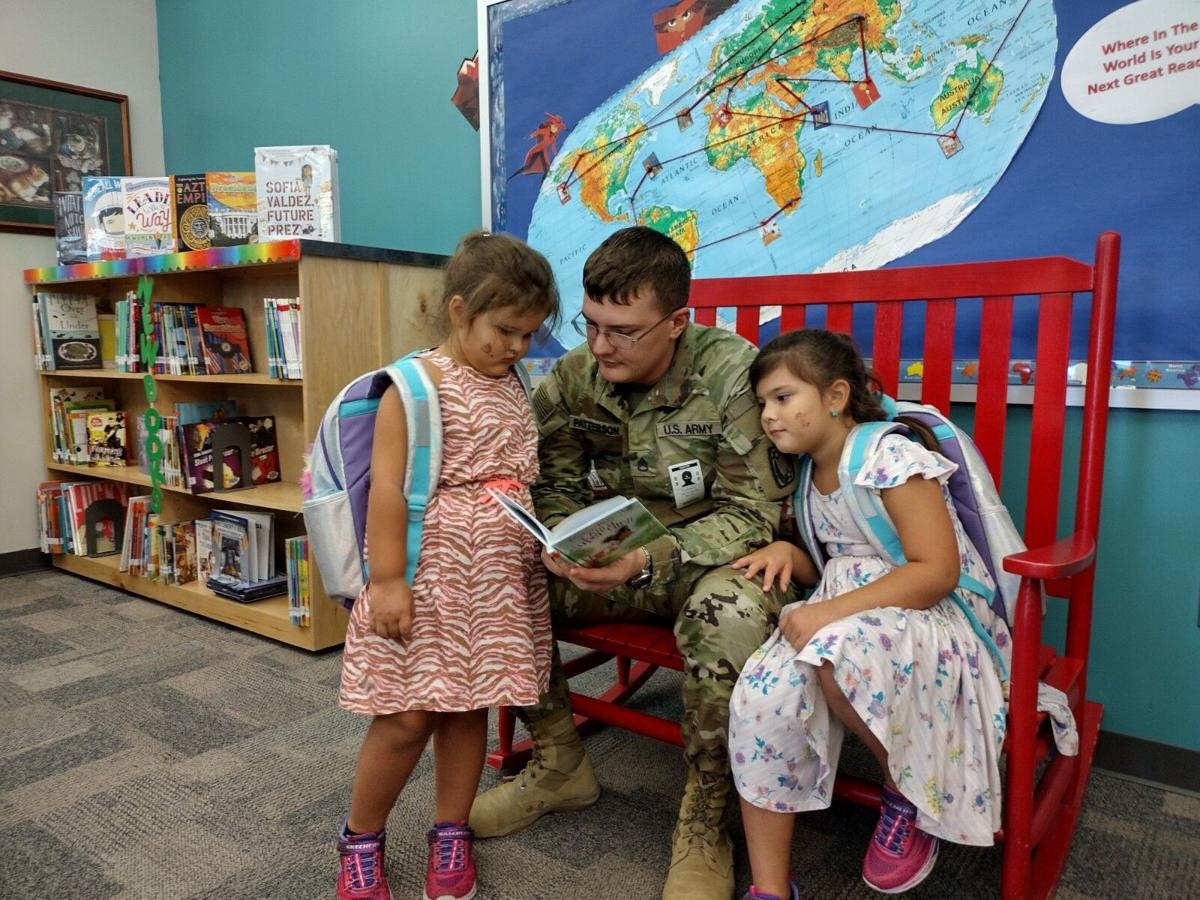 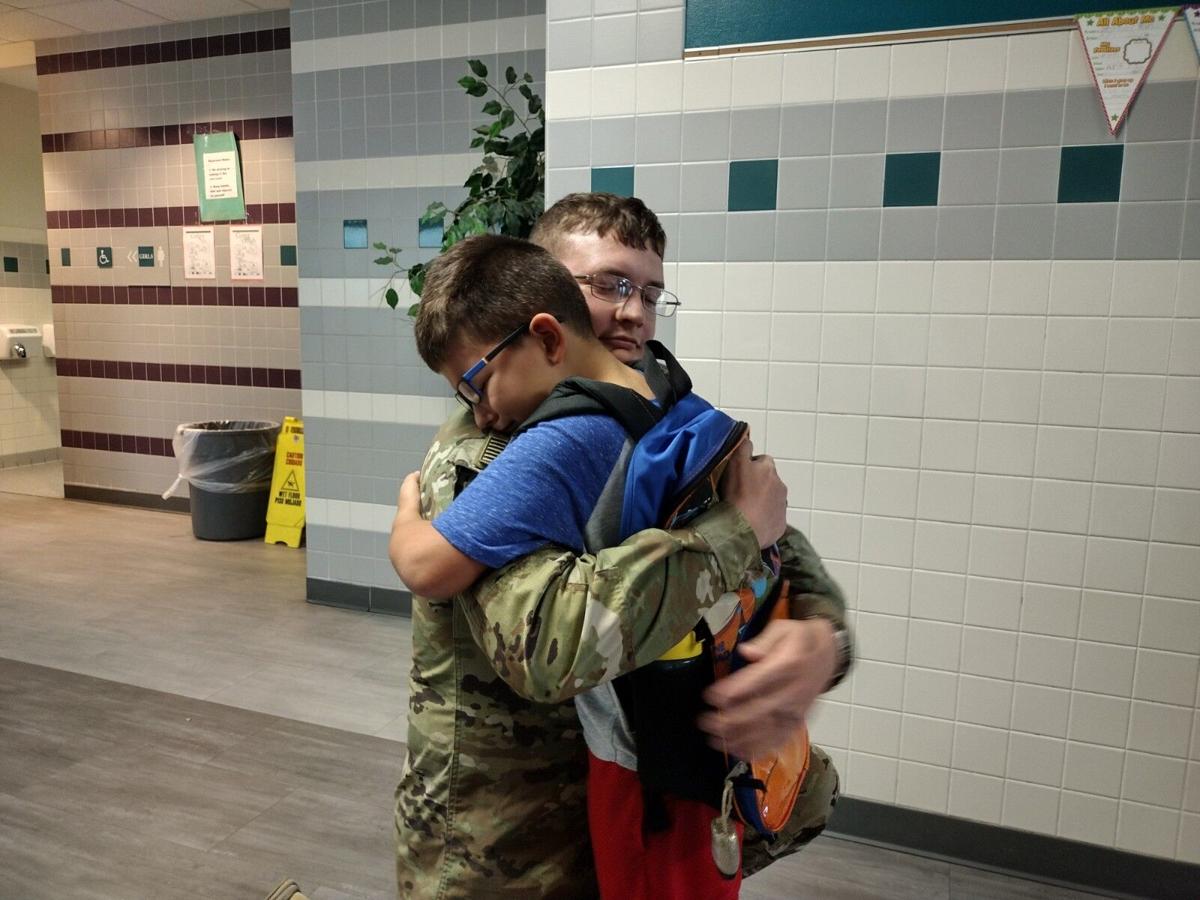 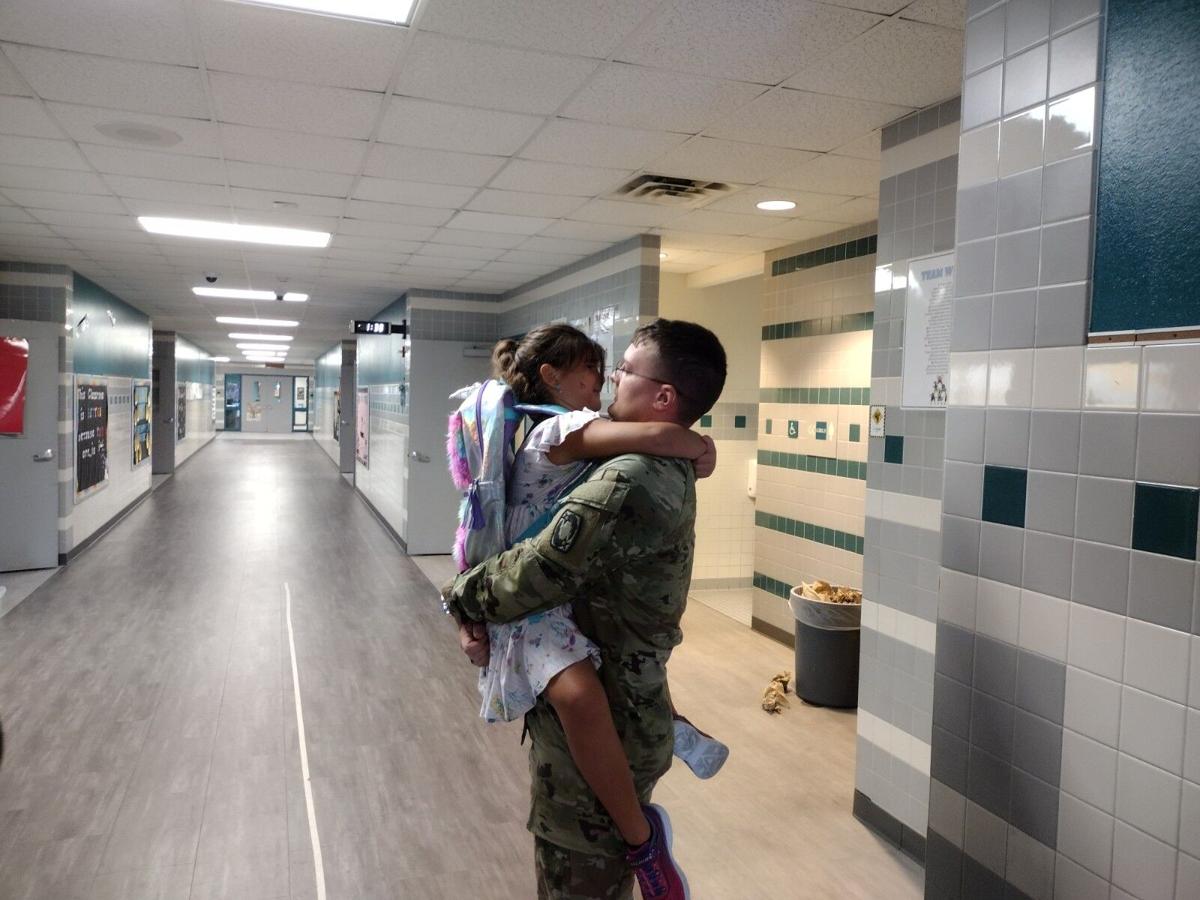 Staff Sgt. Andy Patterson embraces one of his daughters, Ariah Patterson, Thursday afternoon while he surprised his children at Brookhaven Elementary School in Killeen. 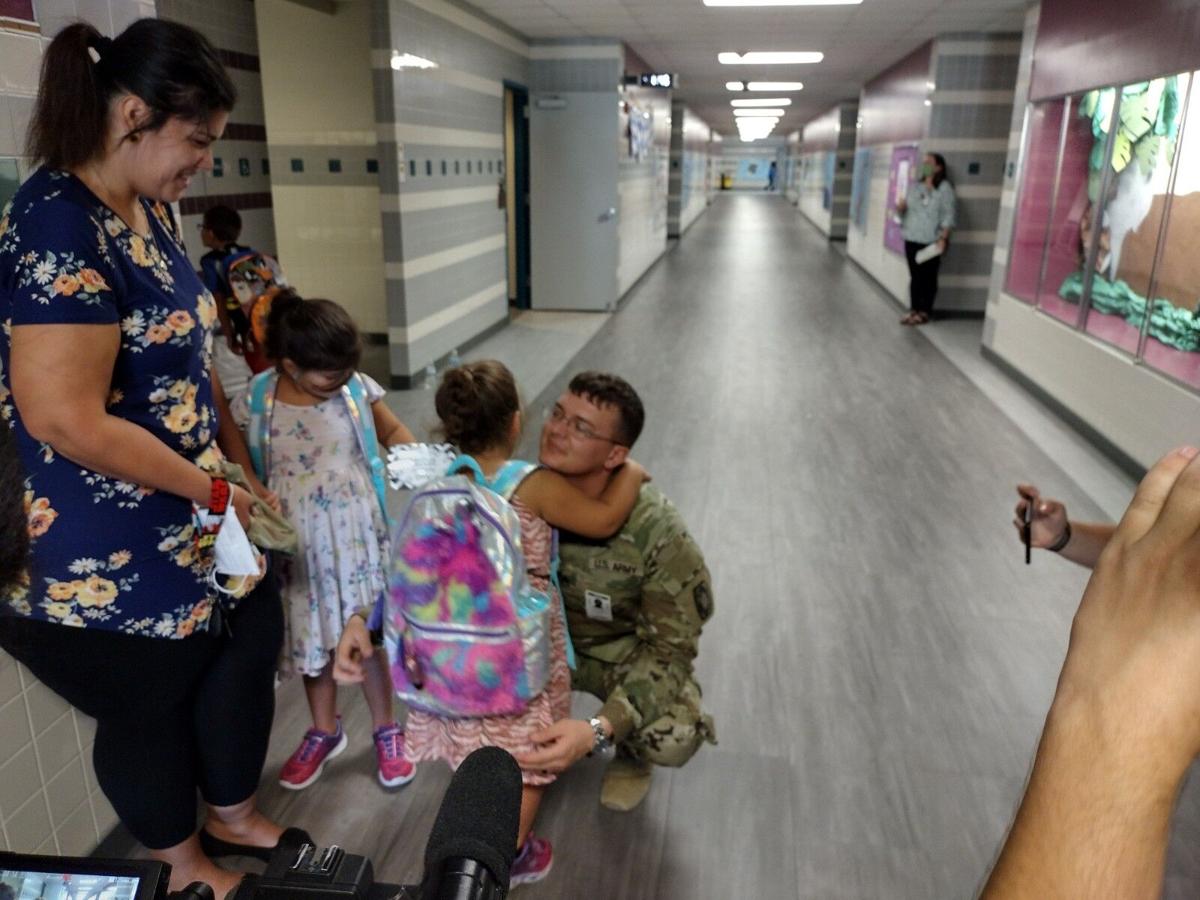 Staff Sgt. Andy Patterson embraces one of his daughters, Ava Patterson, Thursday afternoon while he surprised his children at Brookhaven Elementary School in Killeen.

Staff Sgt. Andy Patterson embraces one of his daughters, Ariah Patterson, Thursday afternoon while he surprised his children at Brookhaven Elementary School in Killeen.

Staff Sgt. Andy Patterson embraces one of his daughters, Ava Patterson, Thursday afternoon while he surprised his children at Brookhaven Elementary School in Killeen.

For videos of the surprises, go to the Herald's Facebook page.

Andy Jr., Ariah and Ava Patterson all went to school at Brookhaven Elementary in Killeen Thursday morning having not seen their father, Staff Sgt. Andy Patterson, for a year.

Little did they know, he had returned to Fort Hood around 12 hours prior, following a yearlong deployment to Saudi Arabia and Kuwait.

“We just told them that they would see daddy very soon,” said Andrea Patterson, the children’s mother.

School officials got the three children out of their classrooms. As they turned out of the classrooms, one at a time, they were greeted by their father waiting down the hall.

All children were excited to see their father, a soldier with 1st Battalion, 62nd Air Defense Artillery Regiment.

He added that it is probably one of the best feelings he’s ever had, knowing that he is reconnected with his family and will be going home with them.

Andrea Patterson said it was challenging to keep the homecoming a secret from her children.

“You know, we made it work,” she said. “We have family here that were able to keep them for us.”

Andy Patterson said he began to get more nervous as the surprise meetings went on.

“Starting out, going to the first classroom, I wasn’t that nervous. And then after the first one, I became extremely nervous and was just kind of worried about whether or not they would recognize me,” he said.

As the family gathered in the library for interviews, Andy Patterson took the time to read a book to his two daughters.

He said he would let the children decide what they wanted to do when they got home.