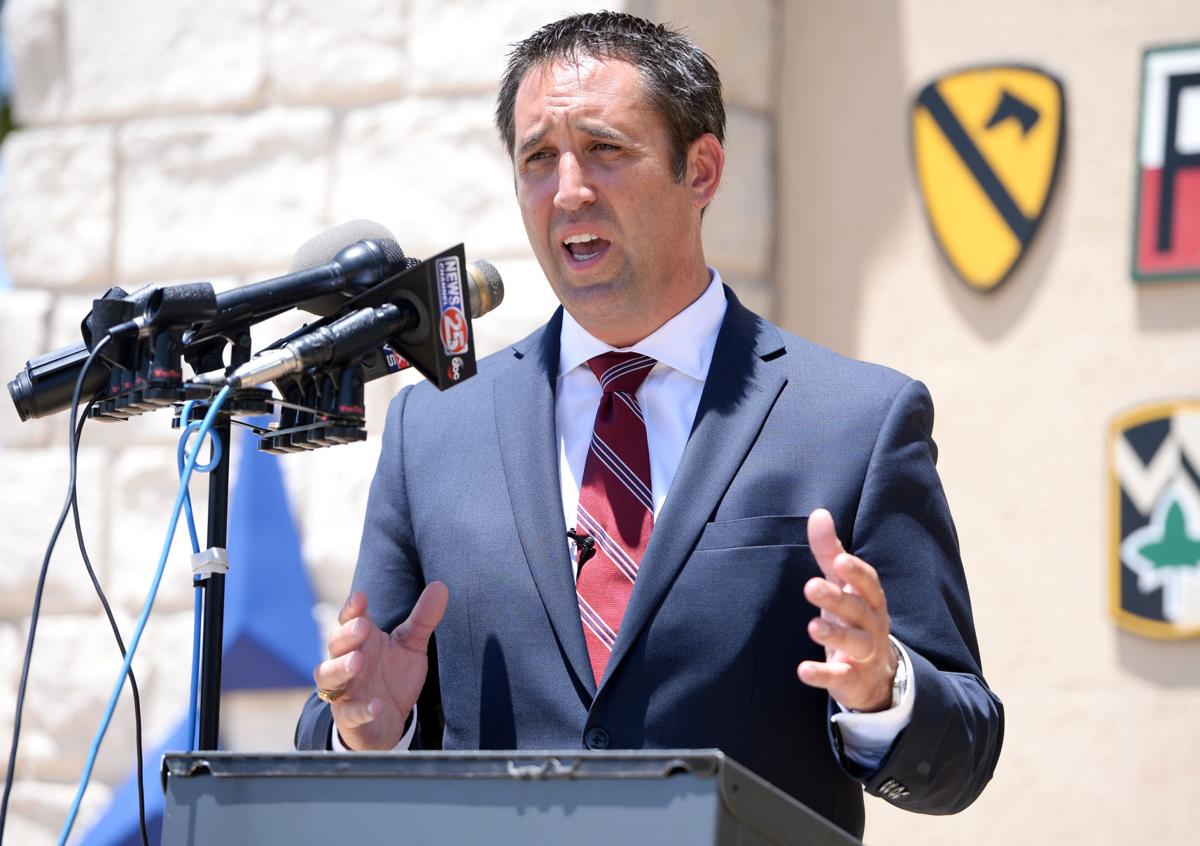 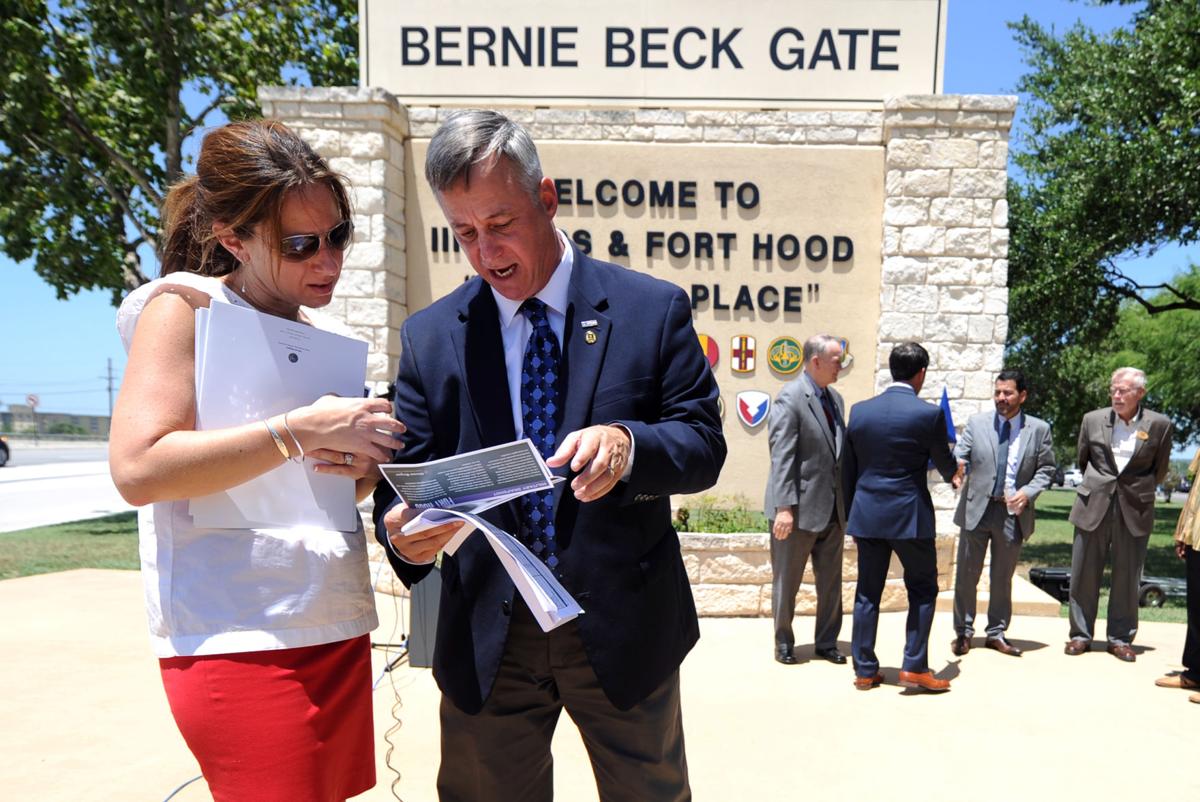 Laura Willis, Director of communications for the state comptroller's office, and Maj. Gen. Ken Cox, retired, executive director of the Heart Of Texas Defense Alliance, look over numbers at a press conference held at the main gate on Wednesday, July 6, 2016, regarding the economic impact of Fort Hood. 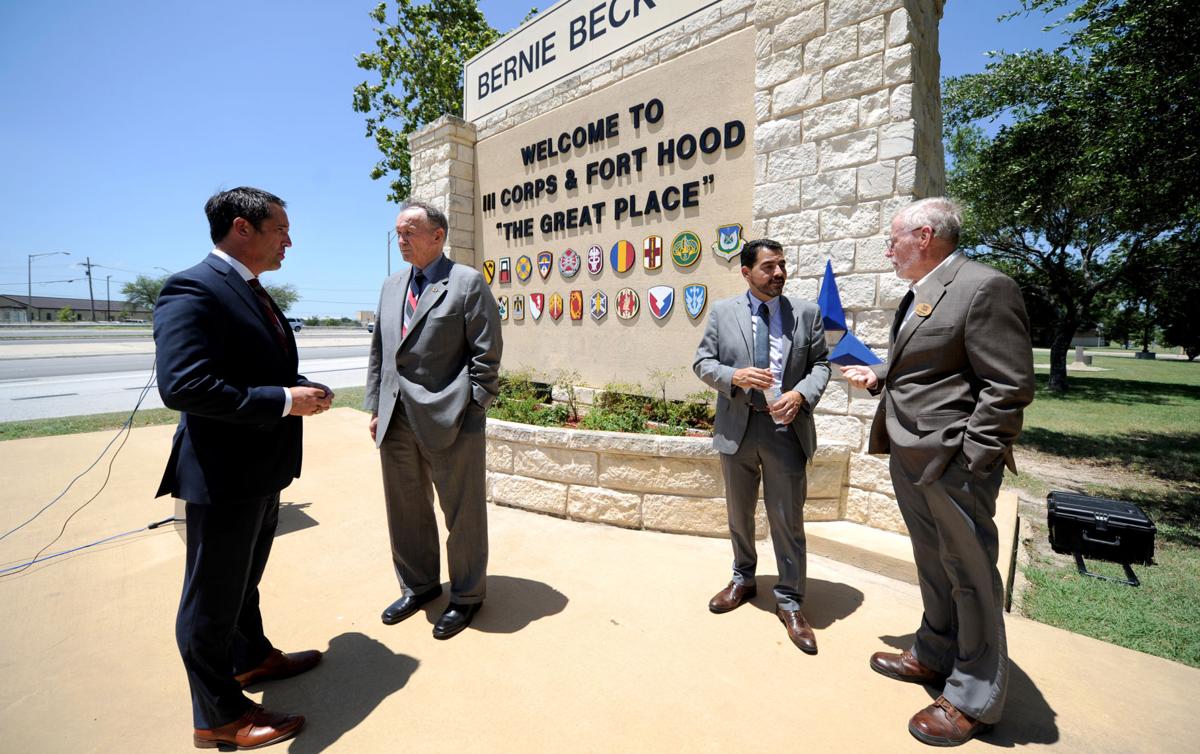 Laura Willis, Director of communications for the state comptroller's office, and Maj. Gen. Ken Cox, retired, executive director of the Heart Of Texas Defense Alliance, look over numbers at a press conference held at the main gate on Wednesday, July 6, 2016, regarding the economic impact of Fort Hood.

More than 60,000 soldiers and civilians are directly employed by the post and it is the largest single-site employer in the state, added Hager, who is the controller of public accounts and the chief financial officer for the state of Texas.

Of those installations, Fort Hood has the largest impact on the Texas economy, Hegar added.

Retired Lt. Gen. Pete Taylor, chairman of the Heart of Texas Defense Alliance board of directors, praised the comptroller visiting the community.

“For a number of years they’ve been working with us to define what the economic impact is of this ‘Great Place,’ and they are continuing to do that,” Taylor said. “They started off here at Fort Hood and then expanded that all across the 15 military installations here in Texas. The economic impact of Fort Hood has gone down a little bit because of the reduction in the number of people in the Army. As the Army goes, Fort Hood goes — as the Army goes down, Fort Hood has a tendency to go down. But it is certainly an enduring installation. It will be here forever.”

Even though troop levels have gone down recently, Central Texas has still seen large numbers of people retiring or moving to the area because of the low cost of living, Hegar added.

“Fort Hood is the largest active-duty armored post in the U.S. military and has deployed and redeployed more than 850,000 soldiers in support of overseas military operations since 2003,” he said. “Locally, Fort Hood contributes to the livelihood of a large portion of people in the area and has made the Central Region a Texas military hub.”

The last report released in 2014 showed Fort Hood’s economic impact as $25.3 billion statewide, and in 2008, the post had just under an $11 billion impact on the Texas economy.