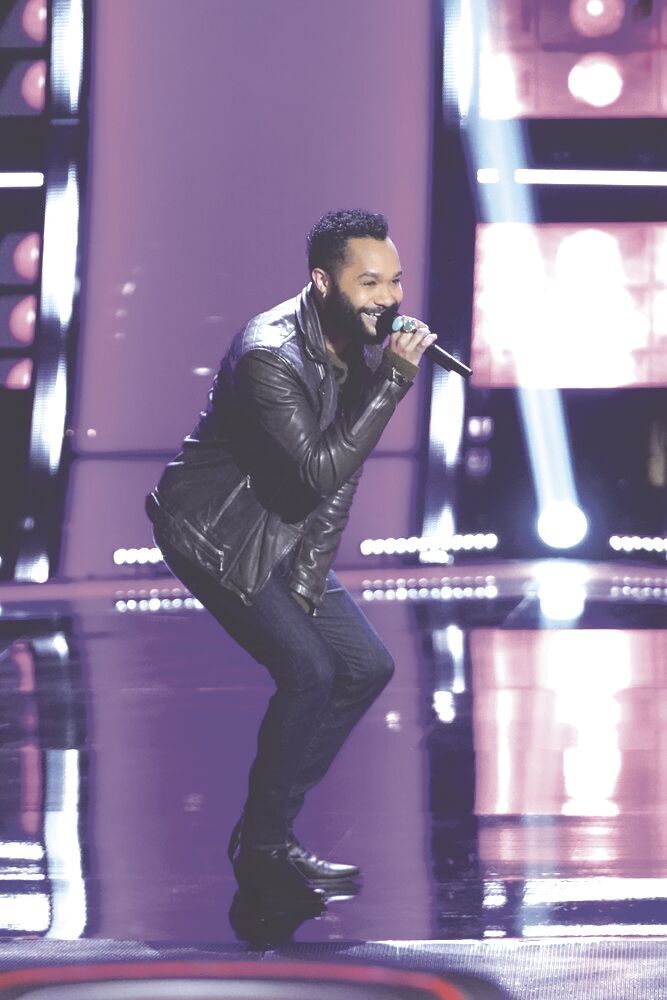 Manny Keith, a Harker Heights High School graduate, competes on The Voice on Monday. Keith was selected to join Blake Shelton’s team on the show’s 21 season. 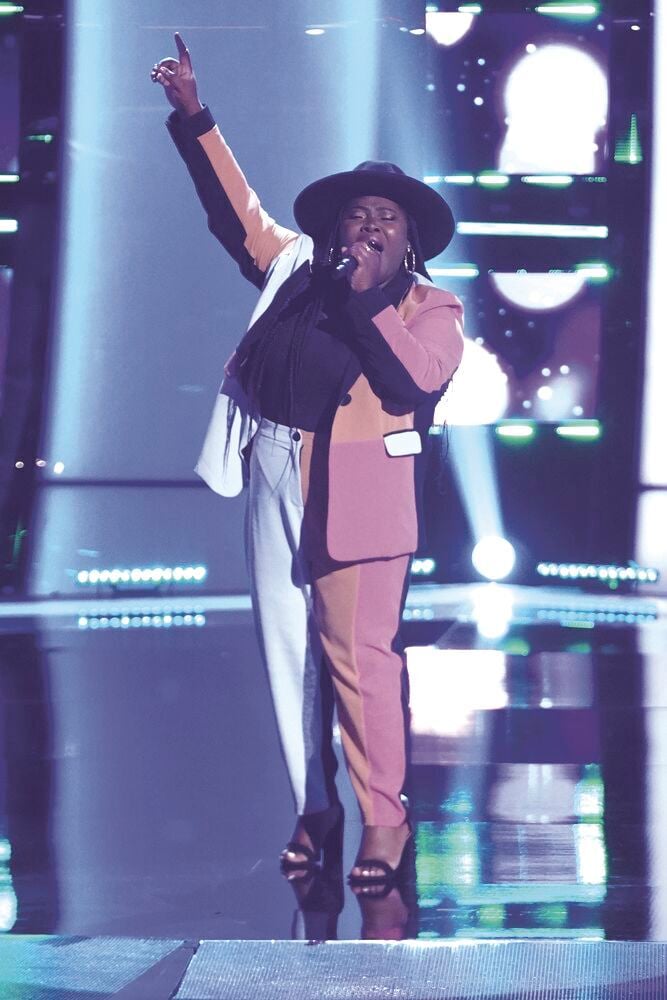 Manny Keith, a Harker Heights High School graduate, competes on The Voice on Monday. Keith was selected to join Blake Shelton’s team on the show’s 21 season.

Not everyone gets to hear personalized accolades from their music idols, but that’s exactly what happened to two aspiring singers from Killeen this week on NBC’s “The Voice,” a singing competition show.

Manny Keith, 31, who grew up in Killeen and now lives in Miami, Florida, and Jershika Maple, 24, a Killeen resident, were selected to join Season 21 teams of “The Voice” coached by award-winning recording artists Blake Shelton and Kelly Clarkson, on an episode that aired Monday.

Keith is a Harker Heights High School graduate and Maple is a graduate of Ellison High School.

The Herald caught up with the two hopeful singing champions Thursday to talk about “The Voice,” Killeen, and what led them to audition for a primetime show with millions of viewers.

On Monday’s episode of “The Voice,” superstar Ariana Grande complimented Manny Keith’s voice, and made his dreams come true.

“You have a really cool voice,” Grande said of Keith’s performance of Dua Lipa’s “Break My Heart” which aired Monday. Grande also compared Keith’s sound to JC Chasez of NSYNC.

Keith said that moment alone made his year.

“It was such a surreal moment,” Keith said Thursday. “Honestly, my life was complete just being in the same room as her, and singing for her, because I’m just such a huge fan. She could sing the phone book and I’d be happy. She’s just such an incredible vocalist and someone I admire.”

The aspiring popstar said he was greatly influenced by artists such as Michael Jackson, Janet Jackson, NSYNC, Britney Spears and Christina Aguilera growing up.

As a child, Keith said he was often bullied for his artistic nature but his mother encouraged him to follow his passion.

“My mom always encouraged me to be myself growing up when I was being bullied and teased for not being like other kids, because I was more into dancing and music and singing,” he said.

Keith nurtured his singing aspirations by performing at church on Sundays, he said.

After Keith’s mother died in 2017 from cancer, he said he felt innate need to take his talent to the next level.

“That was the catalyst for me to pursue music full time,” he said. “Before that, I always had a dream in my heart that I kept really close and I didn’t share with a lot of people. When she passed is when I realized tomorrow’s not promised. I still feel her impact to this day because she embraced me, and championed me, and encouraged me to be who I am.”

Keith will be coached by Blake Shelton on “Team Blake” unless Grande steals him away as she hinted at on Monday’s episode.

The web platform architect said he hopes his music will bring a smile to viewers’ faces.

“I just want people to be encouraged, to smile, and I want to bring joy to people’s lives,” he said. “Music really has the power to unite people and bring peace and help people escape from what they’re dealing with in their daily lives. I’m just hoping that I can be a shining light for them.”

A self-described “bubbly person,” Jershika Maple said she was moved when award-winning performer Kelly Clarkson complimented her on national television.

“I love your spirit, you’re such a light,” Clarkson said of Maple Monday.

Maple selected Team Kelly (Clarkson) over Team John (Legend) after the two major recording artists turned their chairs around during her performance of New Edition’s “Can You Stand the Rain.”

There was a bit of a drama surrounding her coach choice on Monday’s episode. Blake Shelton called Maple’s selection of Clarkson a “steal,” and Legend said, “Miss Texas is killing me,” about his loss of Maple to Clarkson.

“I’m such a bubbly person and for her (Clarkson) to pick that up without knowing me, and say that on national television, just sealed the deal,” Maple said of Clarkson’s primetime compliment.

Inspired by friends from Season 17 of “The Voice,” Rose Short and Myracle Holloway, Maple said she decided to go out on a limb and audition for the show this year.

“I was just, like, 2020 was a year of all chaos with the pandemic, and at this point you only live once,” she said. “I’m so glad I said yes to it, because look at me now. I’m truly thankful to God.”

Maple, who has been singing since she was three, said the whole “Voice” experience is a dream come true.

As a child, Maple’s uncle first recognized her talent when she was singing a song from the children’s program ‘Barney and Friends.’

“My uncle saw something in me and my mom moved on it,” she said adding that she has been in church choir ever since. “I’m so thankful that she helped me pursue my dreams.”

In the days since the show aired, Maple said she has received an outpouring of support from friends and family in the Killeen area and across the country.

“My family is always keeping me grounded with encouragement and reassurance,” she said. “It’s really good to know that I have a family who is, no matter what, going to support me and pick me back up if I ever do get knocked down.”

The aspiring star said the show increased her confidence immensely.

“I wasn’t always the popular kid and got teased for a lot of things, but I feel like it all paid off, and honestly I stood out for a reason,” she said. “I just want to continue to stand out, and be that light in the community. That’s really my main goal. I just hope and pray that people see me for who I am and that they fall in love with me on the show.”

Keith and Maple are not the first singers to be selected for “The Voice” from the Killeen area.

“The Voice” airs Mondays and Tuesdays at 7 p.m. on NBC.

Manny, or Emmanuel as we knew him from Grace Christian Center, did not mention Killeen at all but that's OK. We hope he does well.