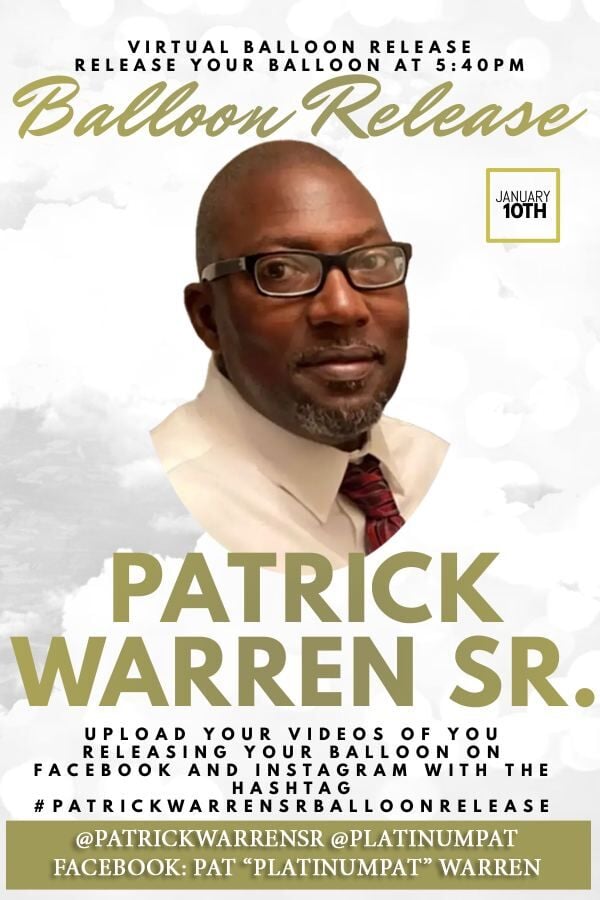 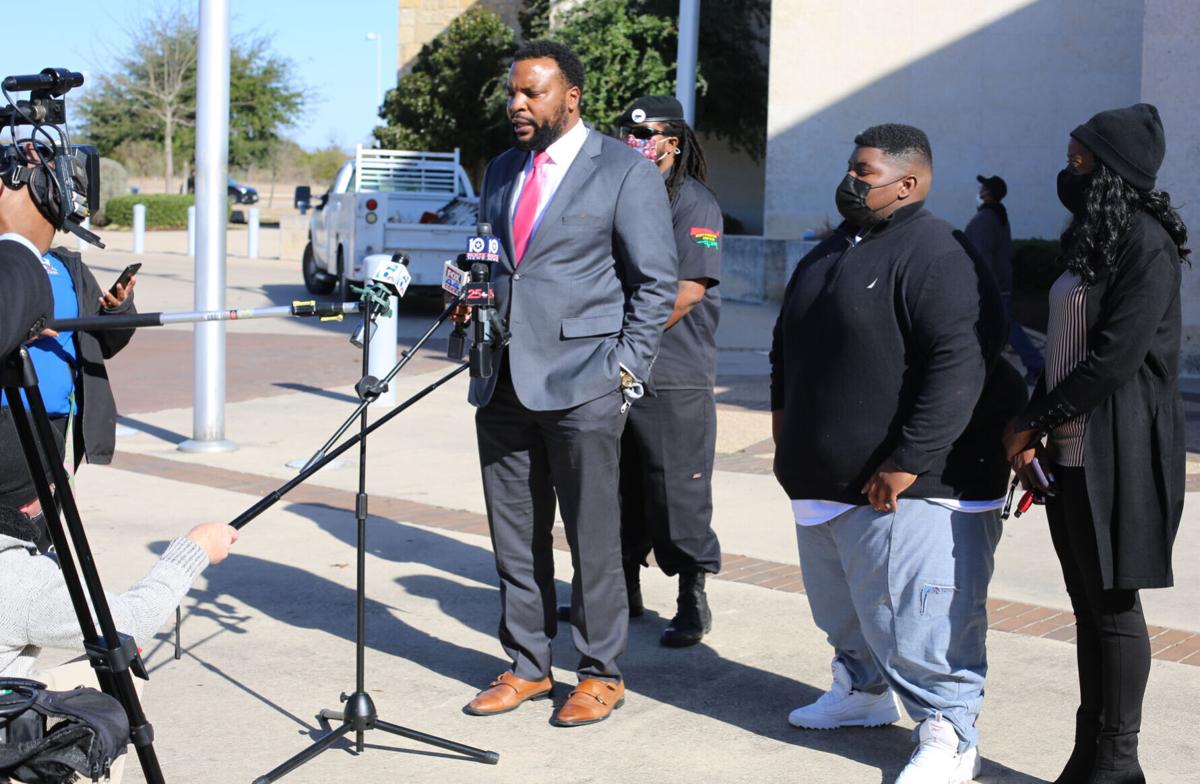 Attorney Lee Merritt speaks to members of the media outside of the Bell County Justice Center on Jan. 14, 2021, as family members of Patrick Warren Sr. look on.

Attorney Lee Merritt speaks to members of the media outside of the Bell County Justice Center on Jan. 14, 2021, as family members of Patrick Warren Sr. look on.

It was an endless year for the family of a Killeen man who was shot by a Killeen police officer one year ago on Monday, but family members are concentrating on making sure that Patrick Lynn Warren Sr. is not forgotten.

“It’s been a rough year but we’re OK,” said his son, Patrick Warren Jr., who spoke with the Herald on Friday. “I think we’re just now coming to terms with him being gone. What happened to my dad was wrong. I always tell people not to make the mistake of thinking that something like this can’t happen to you.”

Warren Sr., 52, was killed while in the midst of a mental health crisis. As Warren’s family members watched on in horror, he was fatally shot in front of his home by a KPD officer who had responded to a 911 call from the house.

The Warren family, who are originally from Bryan, are planning a “virtual balloon release” to mark one year since Warren Sr.’s death. People are asked to share videos of themselves releasing a balloon on Jan. 10 at 5:40 p.m., around the time that Warren Sr. was shot.

“Between COVID-19, and it being so cold outside, we decided to do this virtually,” Warren Jr. said. “We definitely don’t want to put anybody at risk.”

Warren Jr. then will use the uploaded Facebook and Instagram videos to create a collage of balloon releases as a memorial for his father.

“Then I’ll release the video publicly, in his honor,” he said.

The Warren family is represented by Dallas civil rights attorney Lee Merritt, who also is running for Texas Attorney General.

The family still intends to file a civil rights lawsuit, but Warren Jr. said the process is in its early stages.

“We appreciate all the love and support that people have shown; people really got behind us and it helped a lot,” Warren Jr. said. “We had a beautiful funeral for my dad.”

What happened one year ago?

KPD Officer Reynaldo Contreras, who had been with the department for five years at that time, responded to the home in the 1600 block of Carrollton Avenue.

Within minutes of arriving on scene, Contreras had cleared one of the radio channels and requested backup officers.

The officer shouted orders and deployed his Taser three times but found it ineffective against Warren Sr., who had yanked the prongs from his chest while continuing toward the officer, according to the Texas Ranger’s report that was obtained by the Herald.

In an interview with Rangers on Jan. 14, 2021, Contreras said that at that point he “became extremely scared and fearful for my safety.”

“I initially reached for my ASP (a brand name for a police baton), but due to Warren’s speed, size, demeanor and proximity to me, I transitioned to my handgun,” according to the Ranger’s report.

Contreras told investigators that he fired his first shot when Warren Sr. was less than 5 feet away, followed by two more shots. Warren Sr. was transported to the hospital and pronounced dead at 7:18 p.m.

The frenzied incident was captured on the officer’s body camera, released by KPD, as well as on cellphone and doorbell camera video released by the family’s attorney.

On May 19, 2021, a Bell County grand jury declined to indict Contreras on any charges.

Contreras, then a patrol officer, now is a detective with KPD’s Criminal Investigations Division, according to KPD spokeswoman Ofelia Miramontez, in an email on Friday.

Merritt told the Herald in a statement on Friday that it is important to remember Warren Sr.

“Like many other innocent Black lives lost, his too could have been avoided. Warren Sr. was in the middle of a mental health crisis and should have been offered the proper assistance; instead, he lost his life ... Police departments need to ensure that they are staffed and trained to handle a magnitude of situations.”

Records show that over the course of three years, Contreras had completed more than 80 hours of training dealing with “crisis, de-escalation, excited delirium training and interviewing techniques,” according to the Ranger’s report that cites the officer’s Texas Commission on Law Enforcement records.

According to Miramontez, KPD “officers continue to receive the required training mandated by the state, to include some supplemental training when available.”

Still, some say that is not enough.

“People need someone they can call to get help during these kinds of emergencies,” Warren Jr. said.

“When I think about my dad’s death, I think, ‘He should be here.’ A mental health call ended with him being killed, in his house shoes in the snow. He was on his own property and didn’t have a weapon. We told the officer that he was going through something and was not himself.”

On Jan. 9, 2021, the day prior to his death, Warren Sr. had voluntarily accompanied a mental health deputy with the Bell County Sheriff’s Department to Advent Health in Killeen for evaluation.

“I think about this a lot,” Warren Jr. said. “The mental health deputy signed an emergency order of detention and my dad was placed on a 72-hour hold. Somehow, he managed to walk home (from the hospital) at 1 a.m.”

In the early morning hours of Jan. 10, 2021, family members found Warren Sr. hiding in the bushes at their home.

Warren Jr. said that the family had planned to take him back to the hospital the next day, a Monday.

“We never got that chance,” he said.

Pretty sure everyone understands the ramifications of attacking a cop in Texas.

Don't like it? Move to one of the places defunding cops and throwing cops in jail for defending themselves.