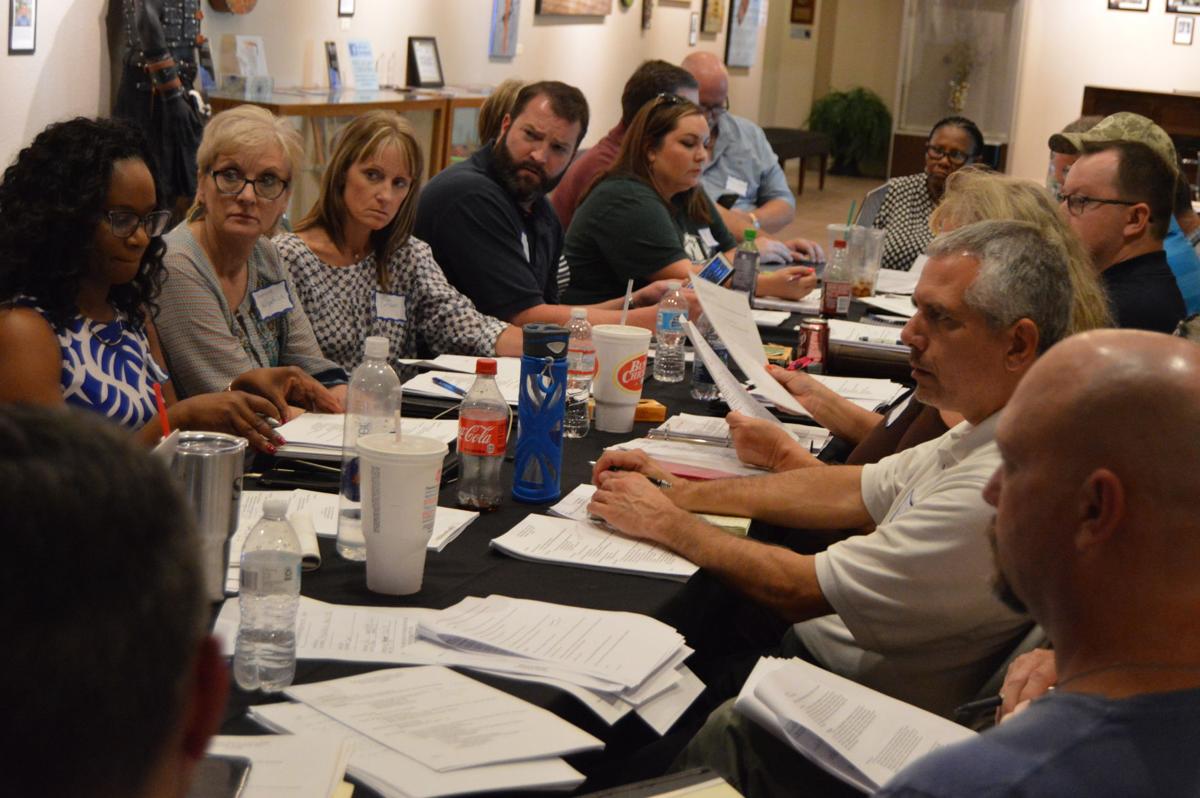 Board members new and old discuss their approach for making the Vive Les Arts Theatre a sustainable entity again. 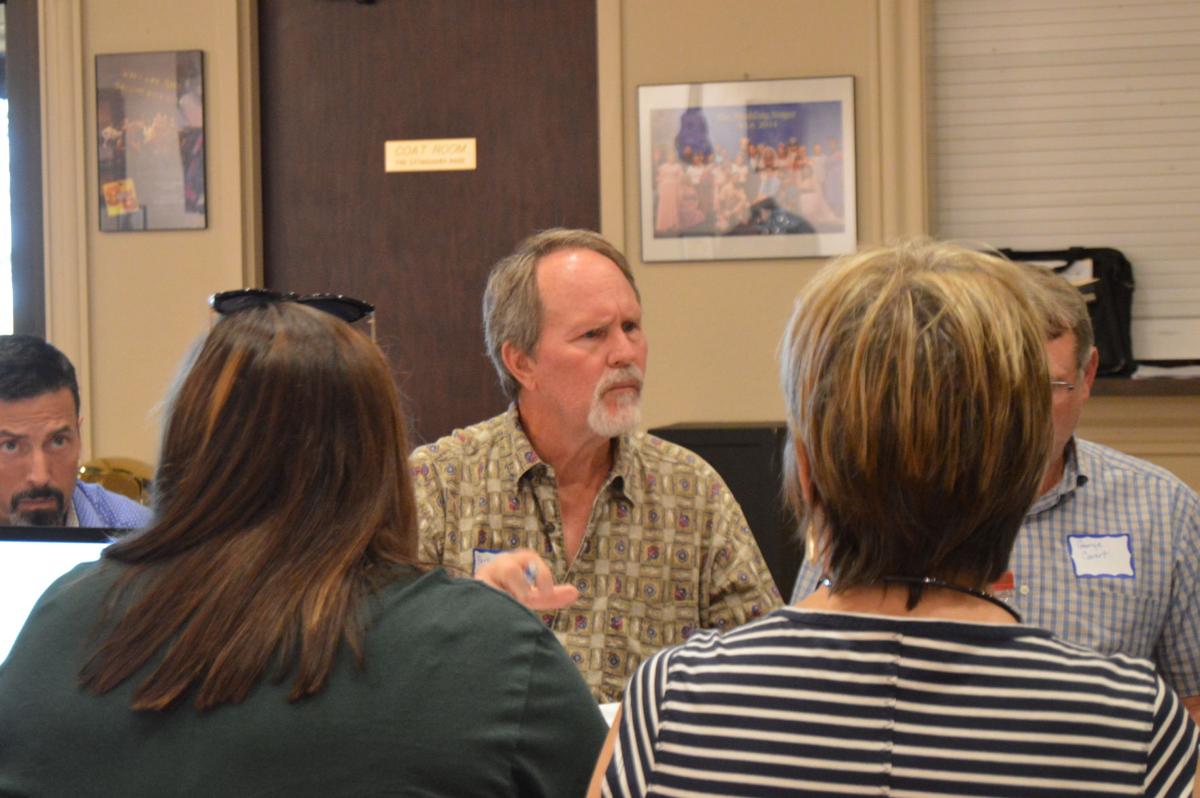 Perk Bearden, a newly elected board member for the VLA, discusses the theater's finances at Wednesday's board meeting. 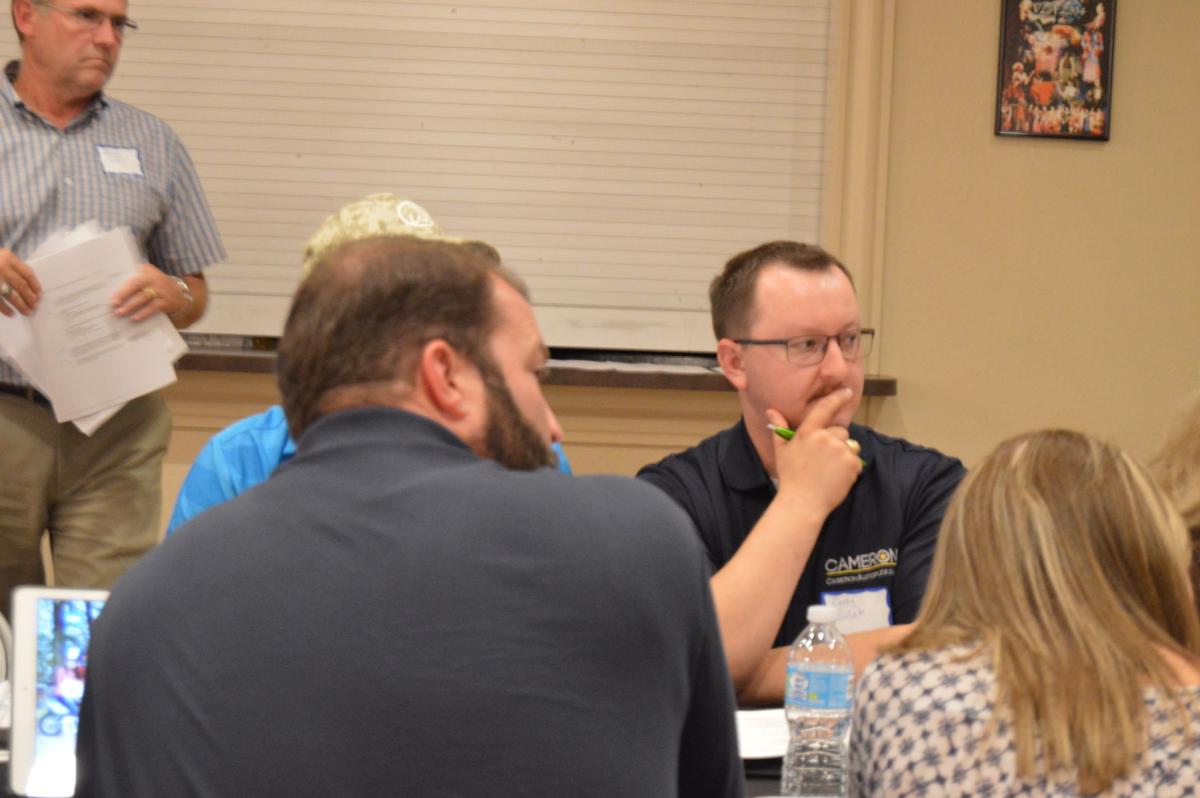 Cody Sulak, a VLA board member and certified professional accountant, presented the board with troubling news about the theater's finances Wednesday.

Board members new and old discuss their approach for making the Vive Les Arts Theatre a sustainable entity again.

Perk Bearden, a newly elected board member for the VLA, discusses the theater's finances at Wednesday's board meeting.

Cody Sulak, a VLA board member and certified professional accountant, presented the board with troubling news about the theater's finances Wednesday.

If all goes according to plan, the Vive Les Arts Theatre will share programming with the Waco Civic Theatre in an attempt to cut down costs this year.

That plan was presented to the brand-new board members by Eric Shepard, the current director of the WCT and former director of the VLA. The plan will be voted on in the near future, after board members get the chance to look over the budget that aligns with the shared productions and make sure its fiscally possible.

If approved, the two theaters would share shows such as “Dream On,” “Most Wonderful Show of the Year,” “Hands on a Hardbody” and “Grease” for the upcoming season. Additionally, the VLA would put on “A Charlie Brown Christmas” and “Sister Act” independently.

The plays would be brought to Killeen for a small fee, and WCT would receive some percentage of the revenue. VLA would benefit, because it won’t have to pay full production costs. Shepard agreed to hold a casting call for each play in Killeen as well as Waco, and said he’d cast a similar number of actors from each theater. It’s a plan that the theater has currently enacted at the Cultural Arts Center in Temple.

“Let me reiterate, this is basically Waco throwing us a life preserver,” newly elected board member Cody Sulak said.

During the Aug. 2 meeting in which the VLA members voted to overturn the executive board’s decision to shut down the theater, Ronald Stepp, a certified public accountant with Lott, Vernon and Company PC, stood up and gave bleak news. During 2011 and 2012, the theater brought in about $60,000 in profit each year. Every year following, VLA operated at a loss. In 2013 and 2015, the main stage lost more than $100,000.

Sulak announced that every production the VLA put on in this past season (2016-2017) lost an average of $5,000. In addition to that, there were more than $5,800 worth of supplies purchased that went unused.

“Does anyone know when the last time we made money off a play was?” board member Mike Linnemann asked.

Productions demand payment for a stage manager, director, licensing rights and an orchestra if its a musical, chairman Summer Heidtbrink said. All of those costs are in addition to typical expenses the VLA has, such as utilities and salaries.

“The more I looked at the financials, I didn’t find more answers, I found more questions,” Sulak said.

In addition to all this, the VLA lost its Texas state lottery bingo license when the original executive board members voted to close the theater in early July. That brought in more than $100,000 total revenue for the theater. It will now have to figure out a budget without that money.

The board voted to cut the positions of three employees. That will save more than $46,800 in salary. Only one of the theater’s four employees will remain with the VLA.