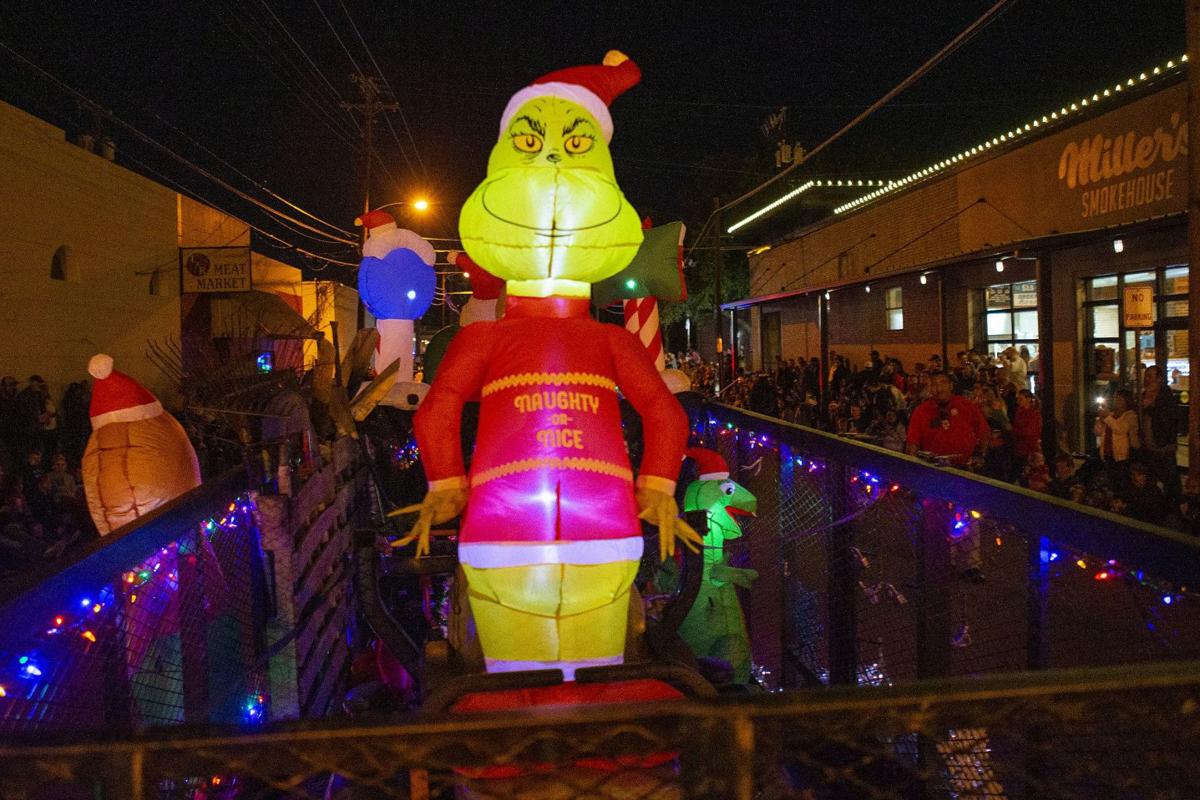 Floats progress during a parade during Christmas on the Chisholm Trail in downtown Belton on Saturday. 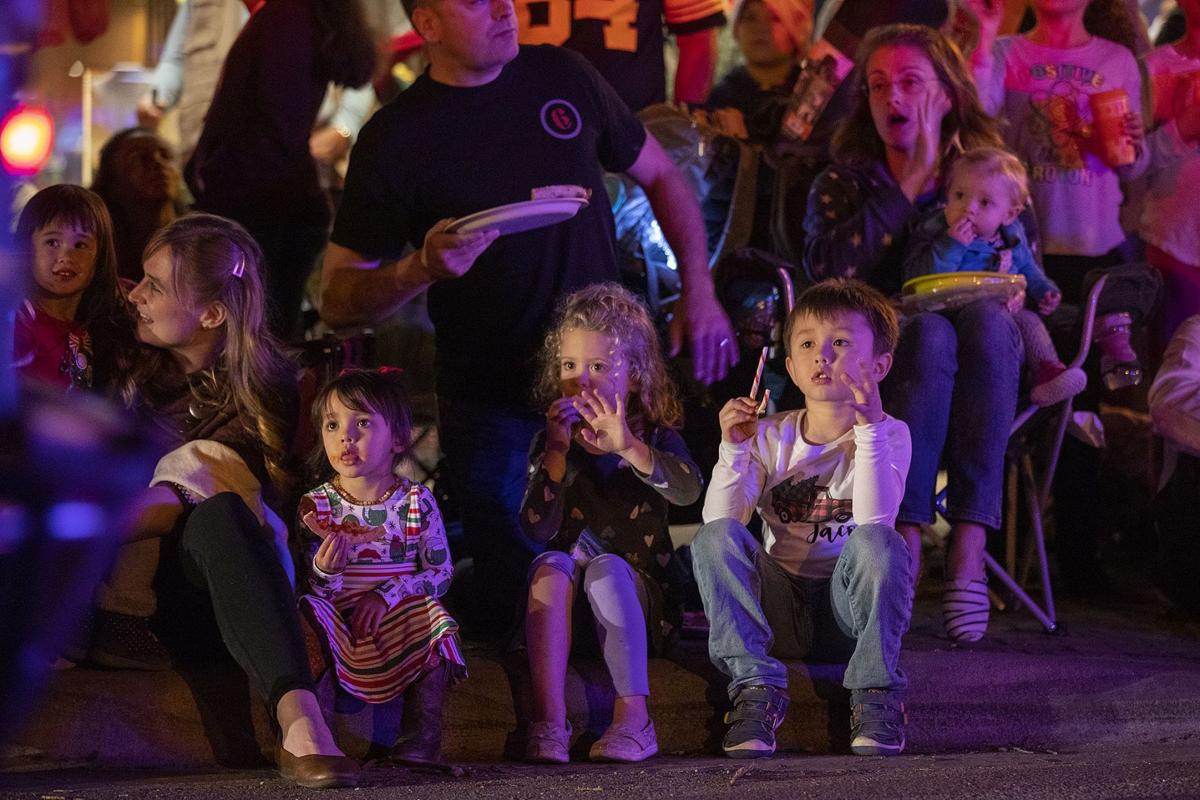 Crowds watch a parade during Christmas on the Chisholm Trail in downtown Belton on Saturday.

Floats progress during a parade during Christmas on the Chisholm Trail in downtown Belton on Saturday.

Crowds watch a parade during Christmas on the Chisholm Trail in downtown Belton on Saturday.

BELTON — An afternoon festival and night parade lit up downtown Belton on Saturday with Christmas on the Chisholm Trail.

“For the Parks and Recreation Department, this is our biggest event,” said Katrina McGaughey, events coordinator for the department. “We start planning in May. The community really seems to enjoy it. We are always trying to make the event bigger, and we did a tree-lighting (Friday) night, making it a two-day event.”

She did not have a count for the Saturday crowd, but cars were parked several blocks away and people filled the streets around the Bell County Courthouse. There were 10-15 food trucks and about 200 vendors, she said, up from about 120 vendors before. Belton middle school choirs and other groups performed live music on the east lawn of the courthouse. Santa and Mrs. Claus entertained children on the south steps.

A lot of people stopped at the booth of Myrtle Bird Bakery, a Harker Heights cottage industry. Tiffany Hill, a volunteer for the bakery, called it a “traveling farmer’s market.”

Mainly “German-centric,” the bakery prepares all kinds of bread, she said.

Lemon poppy seed gata, an Armenian bread, was an example.

“You could cut it to make sandwiches or eat it with a cup of tea,” Hill said. “It’s more of a dessert bread. It does have a filling in it.”

“These are all ours sweet breads,” she said. “With the holiday season, people love sweets. Usually we have half-and-half, breads and sweet treats.”

Across the street, Cindy and Frank Burns of Morgan’s Point Resort welcomed visitors to their booth, entitled Over Our Heads. Their most popular item was their hooded bath towels, Cindy Burns said. The children love them, she said, because each towel has a different character on it.

Something new this year for Over Our Heads was fluffy imitation snowballs, she said.

The booth also had character Christmas trees. One of the small trees had a likeness of Rudolph, for example; another of the Grinch, Santa Claus or Frosty the Snowman.

Down the street, Susan and John Sherry of Salado showed off their SJS Creations Crafts. They make just about everything, she said. Their display included a lot of ornamental crosses, various coasters and watch or jewelry stands. They do crocheting, jewelry, scarves and bowl cozies for the microwave oven.

The couple has a space in the Shoppes on Main in Salado, she said, and this is their second Christmas in the venture.

“We’ve had some people stop by,” she said. “It’s busy but they’re not buying yet. We’ve always had good luck with the Belton Market Days.”