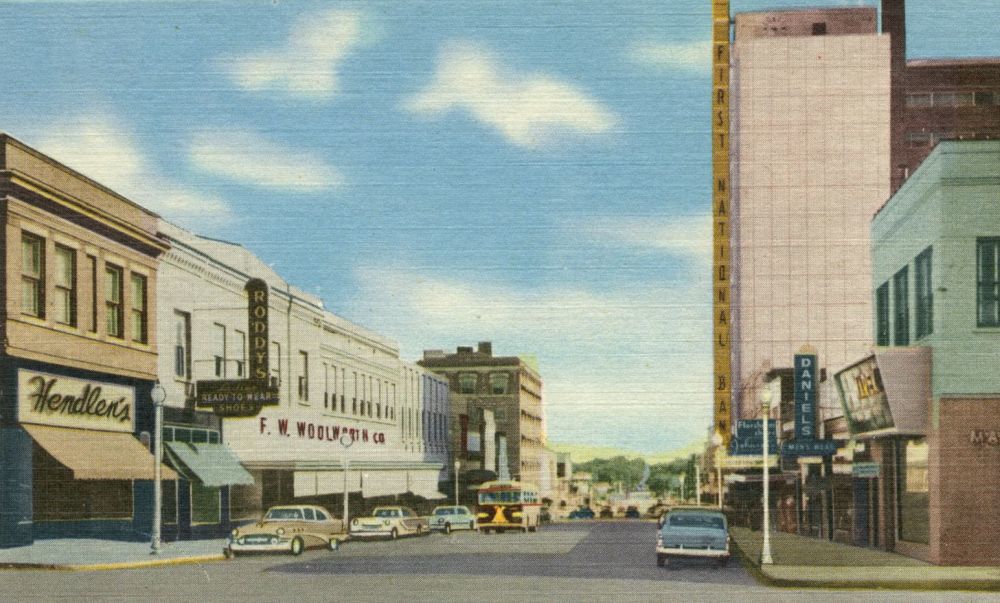 By the mid-20th century, Temple had moved from a railroad town with slapdash buildings to a modern city, thanks to many builders and architects whose names have been mostly forgotten. This is Main Street looking south to Avenue A in downtown.

The mural at Treno Pizzeria & Taproom in downtown Temple is pictured.

Two voluntary annexations and the use of eminent domain were approved by the Temple City Council, making way for more than 250 acres to come into the city.

The first voluntary annexation approved by the Council was for about 223.3 acres to the south of the city. The tract is located between Old Highway 95 and Hartrict Bluff Road, east of the railroad.

City officials previously said they had wanted to annex the land earlier but due to previous state law they needed to annex 23.91 acres of Old Highway 95. This was to make the new land adjacent to city boundaries.

Brian Chandler, planning director for Temple, thanked City Manager Brynn Myers and Council members for helping to change the law disallowing cities from annexing over railroad right of way. The legislation, Senate Bill 374, was passed during the most recent Texas legislative session.

“Kudos to Brynn and you all for making that a priority and advocating for that legislation, which will not only help us in the future but other cities,” Chandler said.

Council members also approved, in a unanimous vote, the first reading of an annexation of 33.09 acres also in south Temple.

Chandler said the owner of the tract, located at 2215 W. FM 93, has already started a rezoning request for when the land is officially annexed. This request, which is expected to be considered by the Council sometime in November, would switch the land from agricultural zoning to single family.

The Council will consider the second reading of the annexation during its 5 p.m. meeting on Oct. 8 at City Hall, 2 N. Main St.

City officials said one of the two properties, located at 4011 Little River Road, had started to negotiate through an attorney but never sent a counter offer or returned the city’s attempts to contact them. The use of eminent domain on the land is for about a 0.198 acre portion of the existing 2 acre tract.

The second portion of property needed, located at 4601 Little River Road, is for 0.242 acres of a 5 acre tract.

City officials said the owner of the second property, Atmos Energy, had reached an agreement with the city but a lack of documents showing ownership. The city will move forward on using eminent domain unless the company can clear up ownership, in which case the city will then buy the needed land.