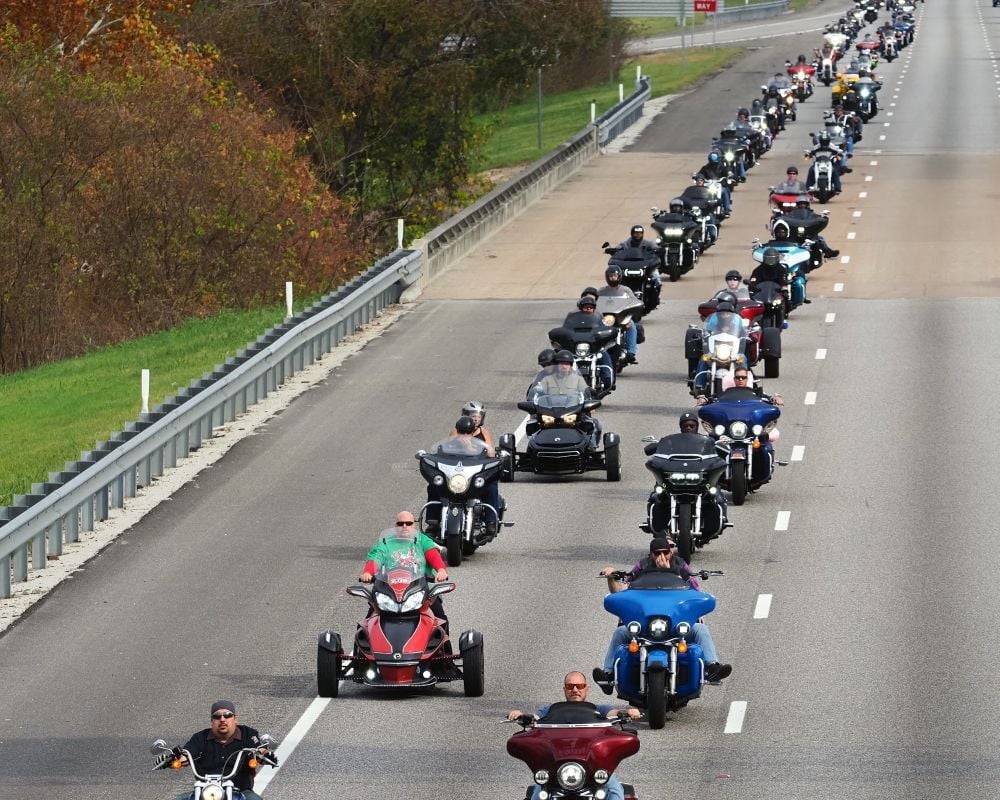 A double line of motorcycle riders rumble down Interstate 35 on Sunday through Belton en route to Lampasas during the 26th annual Tri-County Toy Run. 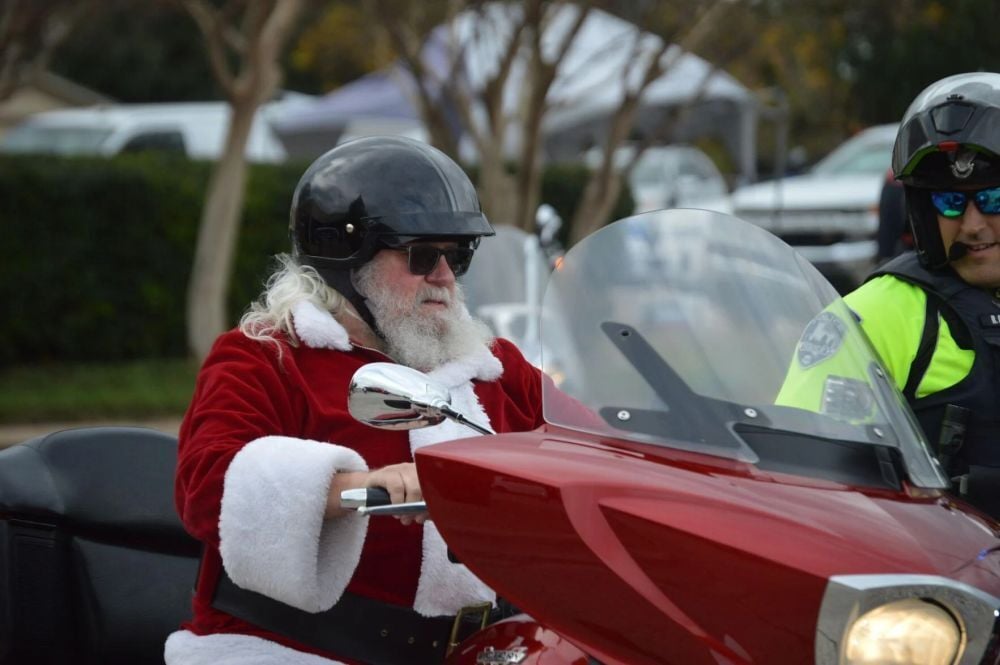 A motorcycle rider dressed as Santa revvs up his sleigh Sunday in the parking lot of the Frank W. Mayborn Civic and Convention Center in Temple before the 29th annual Tri-County Toy Run.

A double line of motorcycle riders rumble down Interstate 35 on Sunday through Belton en route to Lampasas during the 26th annual Tri-County Toy Run.

A motorcycle rider dressed as Santa revvs up his sleigh Sunday in the parking lot of the Frank W. Mayborn Civic and Convention Center in Temple before the 29th annual Tri-County Toy Run.

Amid the smell of leather and gasoline, more than 750 motorcyclists roared out Sunday from the Frank W. Mayborn Civic and Convention Center for the 29th annual Tri-County Toy Run.

The Toy Run brought together bikers from all over Central Texas in order to raise money and collect toy donations for children. Riders were required to donate either $15 or a toy.

Riding after the initial group of motorcycles were Corvettes, Jeeps and trucks, as well as the Bell County Sheriff’s Department and emergency responder vehicles.

Riders represented more than a dozen motorcycle local and national clubs and groups. “Three Feathers,” a rider representing Biker’s Against Child Abuse, said the event was made possible by a shared cause.

“This is a good cause,” he said. “This is what a community that cares looks like.”

Additional sponsors and volunteers for the event included the Boy Scouts of America, Omega Psi Fi and Motorcycle Missions, a nonprofit organization that seeks to provide “motorcycle therapy” to veterans and emergency responders that suffer from post-traumatic stress disorder, free of charge.

“We want (the veterans) to know we support them,” said Krystal She, founder of Motorcycle Missions. “This is the first time we’ve been invited to the toy run, but we’ve already been invited back for next year. We’re looking forward to it.”

“I’ve done a smaller toy run, but this is something else,” Scott Clark, 65, said.

Bruce Raymond, chairman of the Tri-County Toy Run organization, said the run is the product of many communities coming together.

“Everyone has been just great,” he said. “Lampasas has been very supportive, the city was just wonderful.”

Raymond said that, while the run has received push-back in recent years, both the Mayborn Center as well as the city of Lampasas have worked to make the ride go off almost without a hitch.

Unfortunately, every rider did not make it to Lampasas. A group of approximately five riders were spotted just outside Killeen loading into a motorcycle tow truck. Raymond confirmed that one rider lost control of his motorcycle and injured himself, but the ride was otherwise unaffected.

“We get a lot of people from all over, Coryell county, Bastrop, I mean I could go on,” he said. “But they all come for the same thing.”

The event concluded in Lampasas, after an hour and a half ride from Temple, at Hancock Park, where the group distributed more than 80 boxes of toys.

But we also want to disrupt traffic and make sure everybody can see us doing it! I mean really, what's the point of doing good if nobody sees who does it...right?

The best test of character is doing the right thing when nobody is watching!