Killeen emergency crews stand at the scene of an car wreck on U.S. Highway 190/Interstate 14 Thursday morning in Killeen. 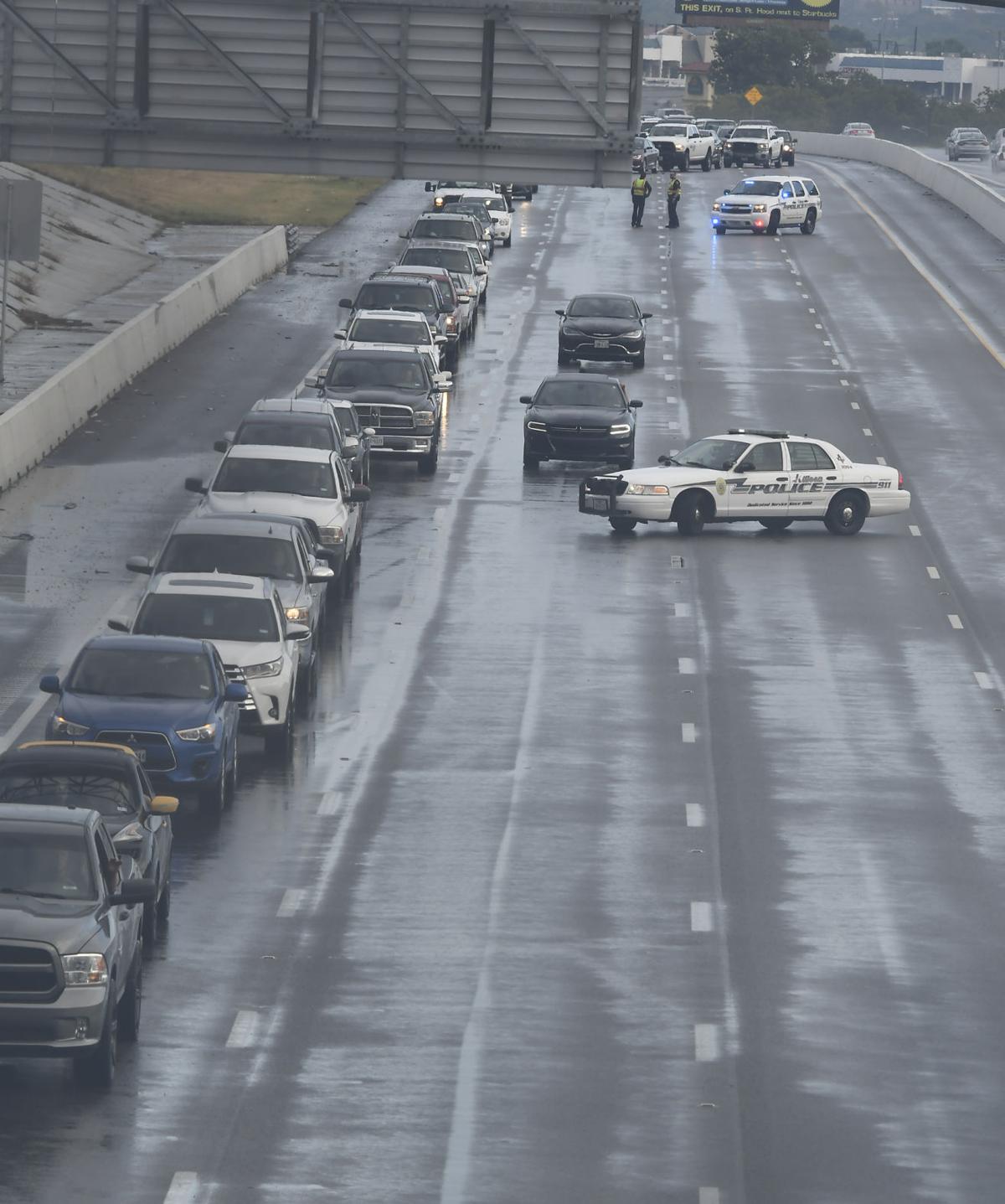 Killeen emergency crews stand at the scene of an car wreck on U.S. Highway 190/Interstate 14 Thursday morning in Killeen.

Eastbound lanes of U.S. Highway 190/Interstate 14 in Killeen between Trimmier Road and Fort Hood Street were shut down Thursday morning due to a multi-vehicle wreck that put one person in the hospital who is listed in critical condition.

Police said the wreck, which occurred during rainy conditions around 6:15 a.m., involved four vehicles. Killeen police spokeswoman Ofelia Miramontez said the chain collision started when a gold-colored Kia lost control after hitting a large puddle of water on the highway. A Dodge pickup truck then hit the Kia. That caused a minivan to hit the pickup, followed by a Subaru hitting the minivan, police said.

A car was seen being placed on a tow truck near the Trimmier Road overpass at about 8 a.m. as police closed the eastbound lanes to morning traffic, forcing all vehicles to take the W.S. Young Drive exit.

The driver in the Kia was taken to Scott & White Medical Center in Temple in critical condition, Miramontez said.

All of the other people involved in the wreck — a passenger in the Kia and drivers in the other vehicles — were not injured, she said.

A Texas Department of Transportation work crew was also seen on the highway, clearing the drainage system and standing water.

It’s unclear if the “puddle” of water will be a recurring issue at that spot.

“TxDOT was previously unaware of any ponding situations at this location,” TxDOT spokesman Ken Roberts said in a statement to the Herald.

“We will now watch for major debris collecting behind the barrier wall that can potentially block drains, following heavy rains.

“We will monitor this location and attempt to keep the drains clear as much as possible, and particularly, when inclement weather situations are pending.”