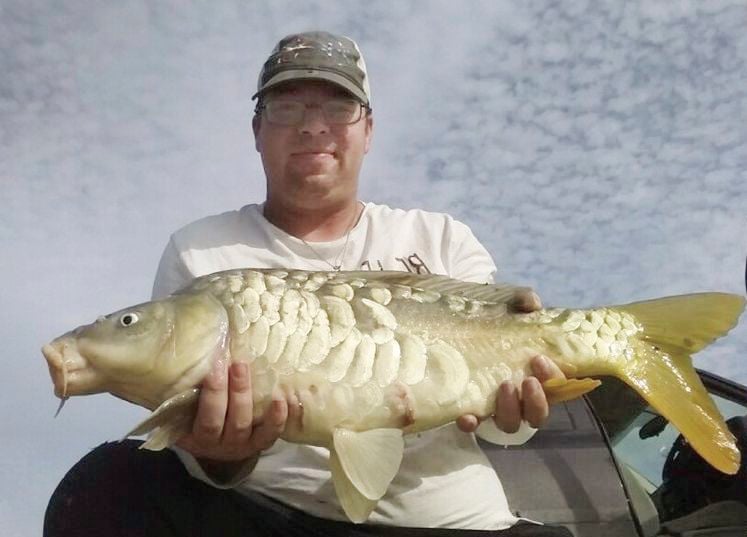 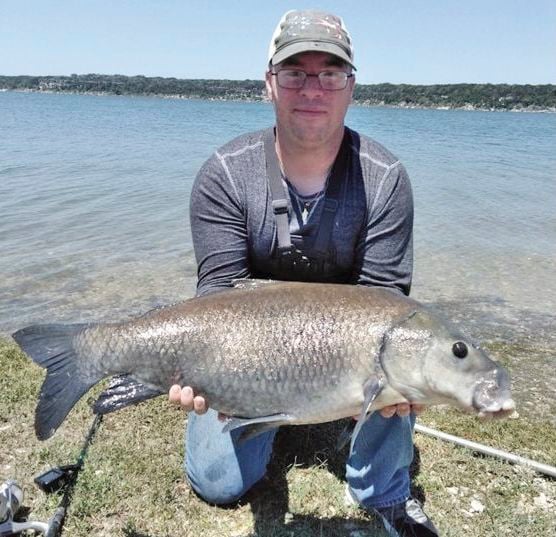 I first met Zac Hammontree when he and his wife dropped by my place of business to have a buffalofish he had landed from Belton Lake weighed on certified scales in hopes of entering it into Texas Parks and Wildlife Department’s record books.

As we spoke, I realized just how enthused with, and knowledgeable about, fishing for rough fish Hammontree is.

Hammontree began fishing around age 2 when his parents brought him along on their outings in pursuit of sunfish and catfish in western Louisiana. He fondly recalled how his parents let him fish for catfish they had already landed and placed in their boat’s livewell just to keep him occupied.

It was while bowfishing for rough fish that Hammontree’s interest in angling for rough fish began. After placing a well-aimed arrow into a 25-pound mirror carp, that carp proceeded to tow him and the boat around for several minutes. He began to consider how such a fish might fight on a rod and reel.

The Hammontree’s were brought to Central Texas by the U.S. Army where Zac now serves in an armored unit at Fort Hood. Soon after arriving, he went to work ferreting out local rough fish haunts.

I asked Hammontree to describe “rough fish territory” when surveying a new body of water. He said that regardless of whether the water body has vegetation (like Stillhouse) or has a barren bottom (like Belton), the rough fish he focuses on — carp and buffalo — seem to prefer moderately tapering bottoms consisting of softer substrates which tend to be rich in insect life.

In the interest of working smarter, not harder, Hammontree often consults the Fishbrain app on which participating anglers post their catches by species. Areas routinely producing rough fish reports tend to be worth a look.

Most species have seasonal peaks where better-than-average quality and quantities of fish can be expected. According to Hammontree, that time is the summer for carp, and the winter for buffalo.

As for the best time of day to fish, Hammontree suggests the morning is best for both carp and buffalo.

Hammontree takes a methodical approach to his pursuit of carp and buffalo, which often tend to co-locate.

Upon arriving at an area, he first surveys the water’s surface for rough fish activity. On calm days, productive areas will have buffalofish routinely showing themselves as they roll at the surface.

Once deciding to fish an area, Hammontree chums the area to try to consolidate fish in the area where his baits will eventually be cast. He accomplishes this by tossing wads of his “pack-bait” recipe about a cast’s distance from shore.

He then casts his rig out into the chummed water and waits.

Although rough fishing can be as simple as a single baited hook with enough weight to cast it out and keep it put, Hammontree’s approach is a bit more technical.

The approach centers around the use of a device called a method feeder — a small, weighted, cylindrical wire cage resembling a metal beater attachment used for mixing baked goods. An oat- and flour-based paste is hand-packed into this castable device. Hammontree likes the method feeder produced by NGT, which he typically purchases through Big Carp Tackle out of Oklahoma.

Once on bottom, the oats and flour begin to soften and dissolve, and their scent is carried by the wind and current, in turn attracting nearby carp and buffalo to the source. A myriad of pack-bait recipes may be found online.

Attached just inches away from the method feeder is a single octopus-style hook (Hammontree recommends #8 up to #2 sized-hooks) with the bait threaded on.

Hammontree likes whole-kernel, sweet yellow corn as a bait for both species. Lately, he has experimented with marinading these veggies in various flavors of Kool-Aid mixes for added scent and color with positive results.

Hammontree was quick to point out that expensive, specialized tackle is not required to get started in the pursuit of rough fish. A medium-action spinning rod with a matching reel and 10- to 12-pound-test monofilament is sufficient. Add a rod holder to keep this combination from being towed into the lake by a double-digit rough fish, and an angler is all set.

For those desiring to up the ante and invest in some specialized equipment, Hammontree offered some purchasing priorities. His first suggestion for a luxury item is a rod pod — a portable device intended to hold multiple rods up off of, and parallel to, the ground to aid in bite detection.

His second suggestion, typically used in conjunction with a rod pod, is a bite alarm, which gives off an audible tone when a fish makes the fishing line move through the alarm’s sensors. Hammontree once again recommends NGT’s versions of both of these devices.

Finally, Hammontree cites the Go Fish Cam as his favorite “splurge.” This slender, waterproof, castable camera captures underwater images while resting on the bottom along with his method feeder and bait.

Hammontree admits to learning a lot about rough fish behavior and dispelling wrong assumptions about them via the data collected on his camera.

Once the chum is out and the baits are set, Hammontree typically gives an area 30 to 45 minutes to produce action before writing it off and moving on.

Once a fish is hooked, the battles are typically much lengthier than most anglers experience with other species like bass and panfish. Hammontree advises not to get in a rush and to enjoy the pull.

As the battle nears an end, a plan for landing these rough fish should not be left to the last minute.

When fishing solo, Hammontree describes a dance with rod in one hand and large landing net in the other. He typically submerges the net ahead of time and then tries to maneuver the fish into it.

When fishing with a buddy, the chore becomes a bit easier as the non-angler is able to scoop the fish while the angler maintains two hands on the rod and reel combination.

Hammontree’s efforts have certainly paid off. His personal bests include both a 170-pound, 7½-foot alligator gar taken in his home state using a carp chunk, and a 45-pound grass carp harvested with archery gear.

If you are searching for a challenge, desire some variety or want to up your odds at catching a legitimate double-digit fish, consider the rough fish of Central Texas.

As with all guides choosing to comply with Gov. Greg Abbott’s closure of non-essential businesses, I have found myself with some unanticipated…