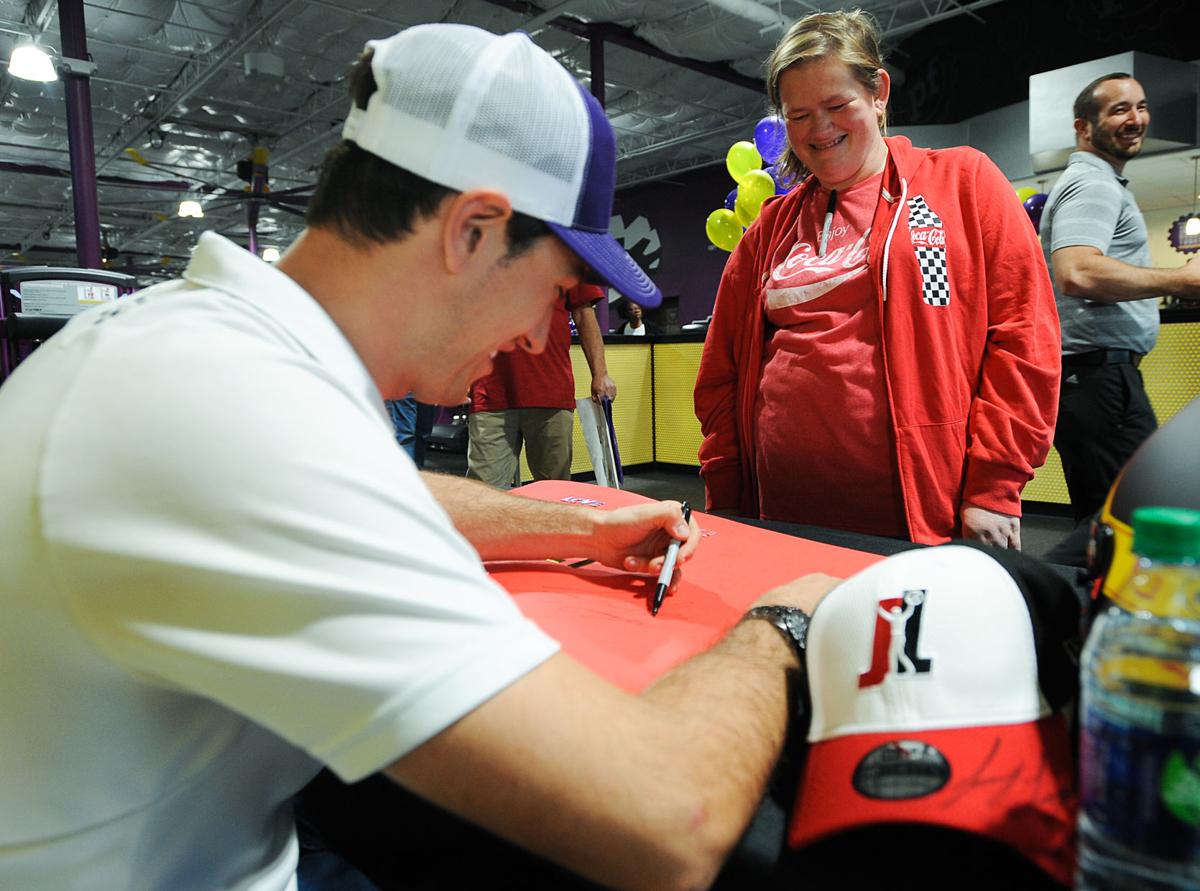 Tammy Deason smiles as NASCAR driver Joey Logano autographs the sign she made for the racer’s appearance at Planet Fitness on Saturday in Killeen. 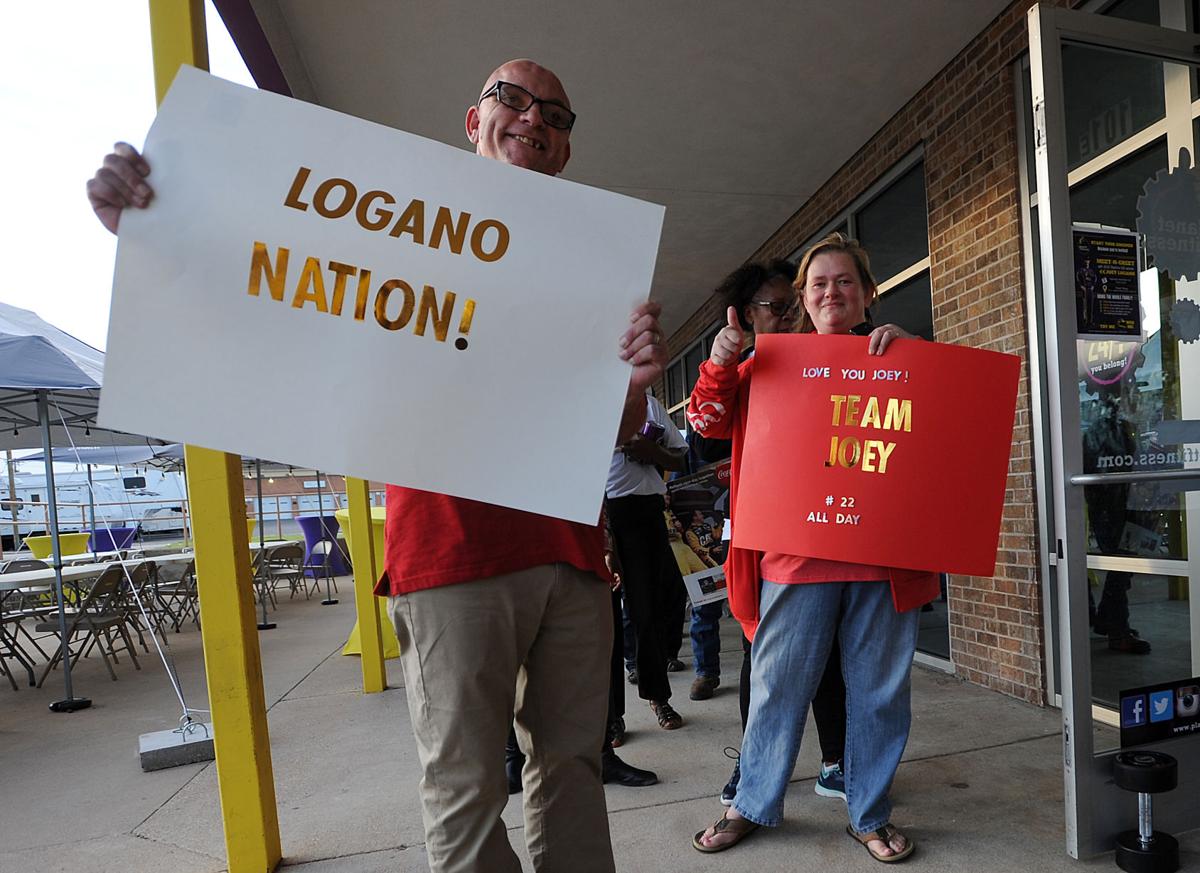 Joey Logano fans David and Tammy Deason stand in line outside Planet Fitness in Killeen on Saturday waiting to have some paraphernalia signed by the NASCAR driver. 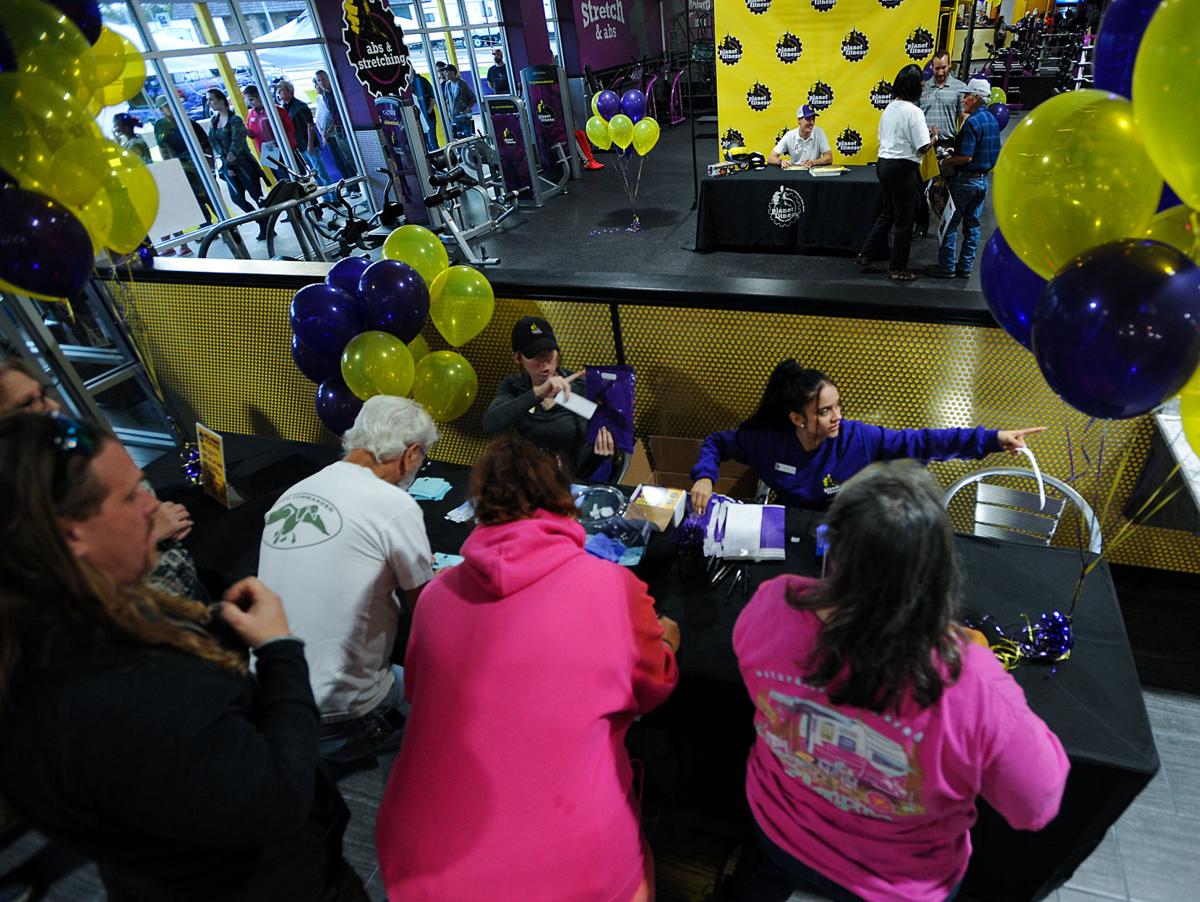 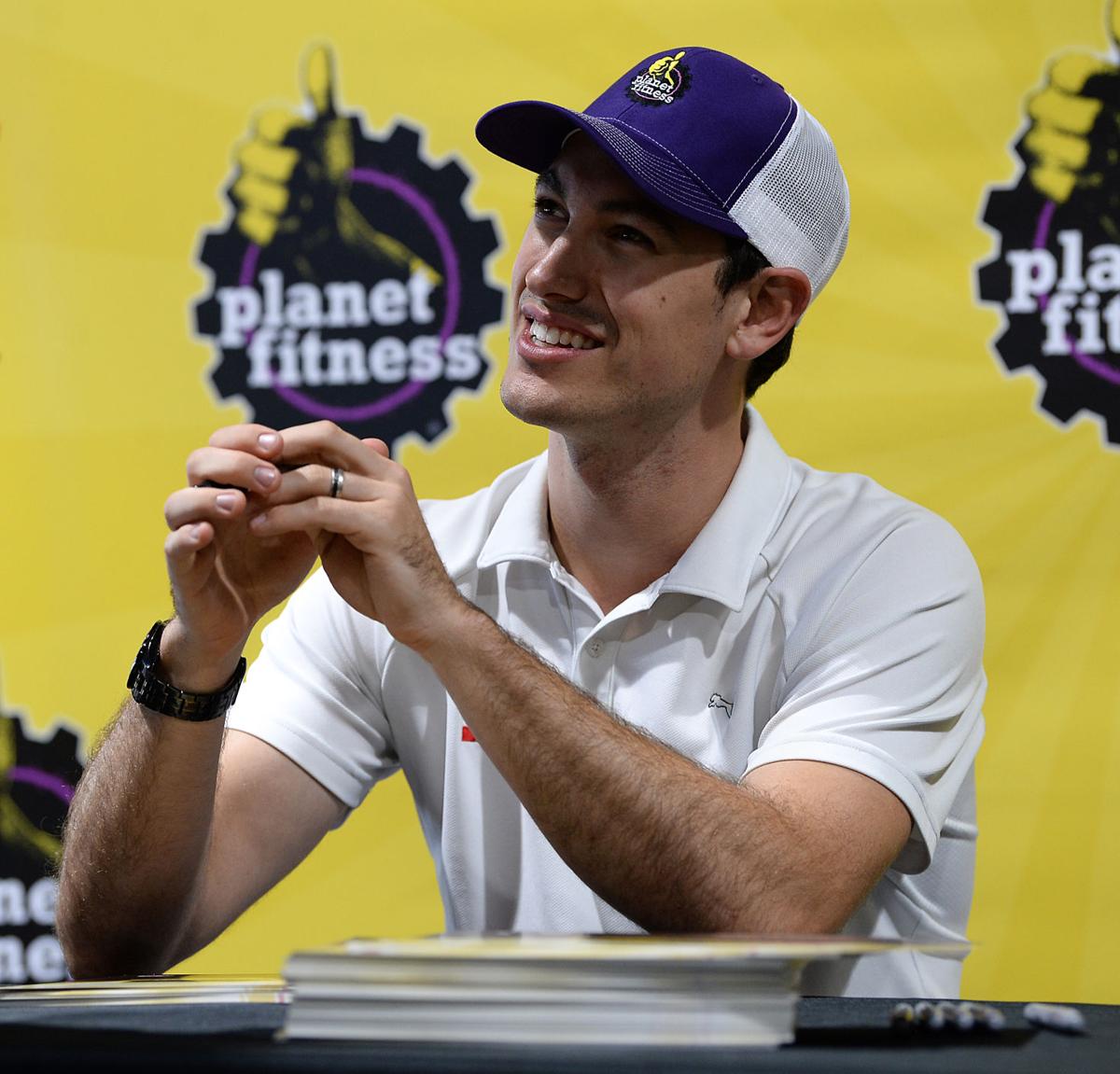 Tammy Deason smiles as NASCAR driver Joey Logano autographs the sign she made for the racer’s appearance at Planet Fitness on Saturday in Killeen.

Joey Logano fans David and Tammy Deason stand in line outside Planet Fitness in Killeen on Saturday waiting to have some paraphernalia signed by the NASCAR driver.

“It’s great being able to team up with Planet Fitness and go into a town that is a decent trip from the racetrack,” Logano said. “A lot of people may not, or may, be going to the race, but it’s a great way to meet them and hear their stories and sign a few things.”

Logano competes in the Monster Energy NASCAR Cup Series driving the No. 22 Ford Fusion for Team Penske. He is one of eight drivers remaining in NASCAR’s playoff championship.

He also drives part-time in the NASCAR XFinity Series behind the wheel of the No. 22 Ford Mustang for Team Penske.

The 28-year-old Logano is the fourth-youngest driver to reach 20 Cup wins and was the first to punch his ticket to the championship final four after forcing the 2017 champion Martin Truex Jr. into the wall in the final lap at Martinsville (Va.) Speedway on Oct. 28.

“He’s a good guy,” said Tammy Deason, a Killeen Logano fan. “He is an aggressive drive and he gets a bad rap when he does what other people do.

“But he’s going to win Homestead.”

Deason became a NASCAR fan just over a year ago after watching her first Logano race.

Deason’s husband, David, recalled how she ran out of the bedroom when she read on Facebook that her favorite driver would be making a pit stop in town.

“I almost tripped over my weenie dog,” Tammy added.

The Deason’s will be making the trip north to watch Logano race today. Tammy requested the time off from work five months in advance, and there was no way she’d miss the once in a lifetime chance to meet him one-on-one.

“I just happen to get lucky that he was here (Saturday) and I had the day off,” she said. “Or I would have called in.”

The fact that the opportunity came after a win was an added bonus.

Meeting fans is what Logano enjoys most about being able to attend events like the Planet Fitness renovation celebration.

“Our fans, just like other sports, they’re the reason there is a sport,” Logano said. “If no one watches us, I don’t get to drive race cars anymore, so I think it’s the least I can do.

“I think the best part for me is showing some appreciation.”

With Killeen located next door to Fort Hood, Logano also appreciates being able to personally thank those who serve, and have served, in the military.

“It’s always so special to take time to shake the hands of our military who pay the ultimate sacrifice for us and for our freedom,” he said. “It’s kind of cliche that we always say that, but it really is.”

The teamwork that it takes to win on the track and on the battlefield is what Logano can appreciate with the men and women of service.

“I always enjoy asking questions because there’s not many things that we can relate to,” he explained. “But there’s the teamwork environment that I think an athlete can really relate to to someone in the military and I really enjoy hearing a lot of their strategies and how they work together.”

More than 100 people stood in line, which wrapped around the building, as they waited for the chance to meet Logano.

“I would have waited all night,” said Tammy. “I love him.”

Those in attendance had the opportunity to tour the newly renovated gym, participate in a free raffle that included various autographed prizes from Logano, and free food and entertainment throughout the night.

With the chance to tour the country, Logano aims to connect with fans while promoting a message that is important to him.

“What I get out of all this is that it makes me feel good to come to a place that’s a little bit off the beaten path of where the racetrack is,” Logano said, “and also come to a beautiful facility, like you see here, and show off a great gym while promoting health and staying fit, which is important to me as an athlete.

“Not just physically fit, but your mental fitness. I know a lot of times I feel a lot better when I walk into a meeting or go into work and I feel physically fit. So it’s a mental piece too.”

Do you think the Killeen City Council should modify the zoning to allow for more bars in the historic district downtown?